On the territory of modern Turkey there are many interesting sights of different eras. The rich and long history of this land witnessed the birth, prosperity and death of many civilizations. Traces of different cultures and religions of peoples who once lived here have survived to this day. One of these places of worship can rightly be considered the Agios Yannis Church.

The church is located in Ayvalik district in Balikesir province in Turkey. This is one of the most popular attractions in the province. The church was built in the late 1800s. The building was used as intended from the time of construction until 1944. Then the church suffered greatly from the earthquake, which almost completely destroyed the building. Later the church was restored, and since 1997 it houses a museum and a library.

Agios Yannis church is located in the center of Cunda Island, on a hill known as the “Hill of Lovers”. From here there are amazingly beautiful views of the bays of the Aegean Sea. It is assumed that the church was built in the late 1800s or in the early 1900s. It belonged to the Greek Orthodox Patriarchate. The church got its name in honor of the famous Saint John the Baptist. The church building has an extension in the form of a huge windmill. It was used to make flour. By selling it to the population of the island, the monks thus ensured the profitability of the church. The church and the mill were built of large stone; a smaller yellow stone was used for decoration. The library in the church has existed since the mid-18th century. The interior of the church consists of one large room with icons on its walls. Around 1923, the church gradually began to decline and eventually became completely empty. Until finally the earthquake of 1944 destroyed the church building.

In the mid-2000s, it was decided to restore the church building. Finally, in 2007, the church acquired its present appearance and opened its doors to the public. Today the church houses a small museum, a public modern library and a small cafe. Entrance to Agios Yannis Church is free.

How to get to Agios Yannis Church?

The nearest airport to Agios Yannis Church is located in Balikesir – Koca Seyit Airport. It serves only domestic flights, so if you are traveling from abroad, choose flights with a transfer in Istanbul or Ankara. The distance from the airport to the church is 45 km or about 20-30 minutes by car. You can get to the church on a rented car or take a taxi. 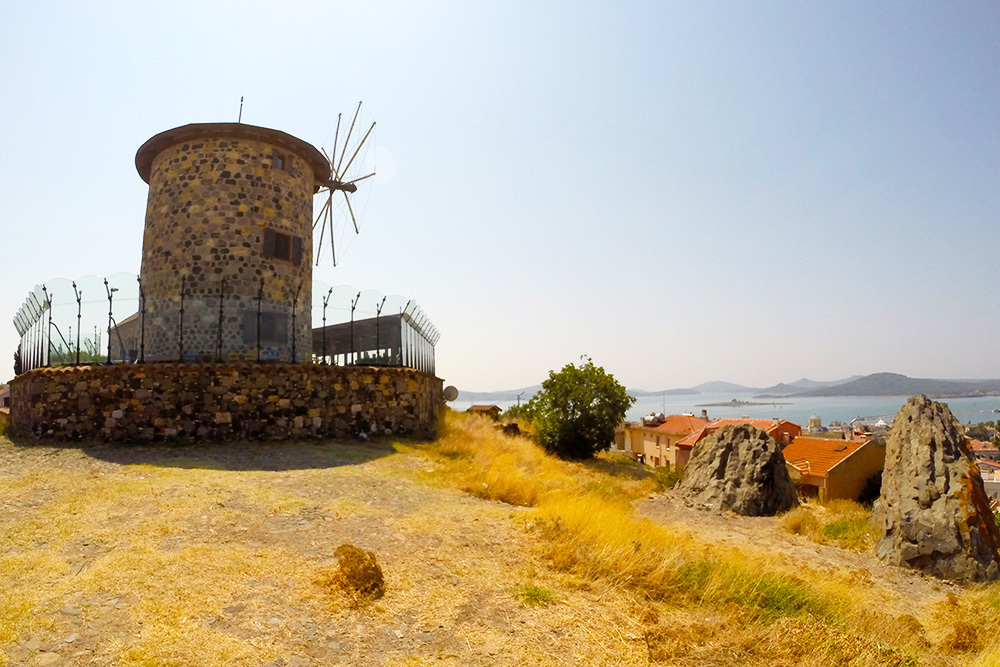 The island of Cunda, on which Agios Yannis Church is located, has a large selection of hotels for every taste and budget. Those closest to the church are: There are many restaurants around the Agios Yannis Church. Here you can relax and taste the dishes of Turkish and Mediterranean cuisine. Among the nearest restaurants are: