Turkey’s historical heritage is largely composed of cultural and historical monuments of peoples who once lived on the territory of a modern country. Some of these peoples survived, while others left behind only memories in stone. Akdamar Church is one of such historical monuments.

The church is located on the island of Akdamar on the southern shores of Van Lakes. Akdamar Church, or as it is called the Holy Cross Church, is a unique early medieval Armenian monastery, where religious services are held to this day.

The architect Manuel on the orders of the Armenian king Gagik Artsruni built Akdamar Church from 915 to 921. The church was only part of a large palace complex, which also included a residential mansion, a monastery, gardens and terraced parks. By now, only the church has survived.

From above, the church is shaped like a Latin cross, but it is small. Inside the church are still some frescoes. However, the most attention is attracted by the bas-reliefs on the external facade of the building. They are of great interest and artistic value. Akdamar Church was the residence of the Armenian Patriarch from 1116 to 1895, after which it was abandoned due to conflicts between Armenians and Ottomans. Throughout the 20th century, the building stood abandoned. Until finally, in 2005, the Turkish authorities allocated money for its reconstruction. Today, the church is open to the public both as a museum and as a Christian church.

How to get to Akdamar Church

Akdamar Church is located on the island of the same name, 4 km from the southern shore of Van Lake in Turkey. Getting here is very simple. For example, a ferry runs from the city of Van to the island. From the pier Gevas to the island of Akdamar, a passenger ferry goes there and back several times a day. The journey time is about 20 minutes; the cost of a ferry ticket is 10 TL per person (two-way ticket). Those tourists who have a museum card can visit the church for free or at a special price. Since the church is located on an island, you need to return to the city center to get to the nearest hotels. Most of them are located in the city of Van. Among them: 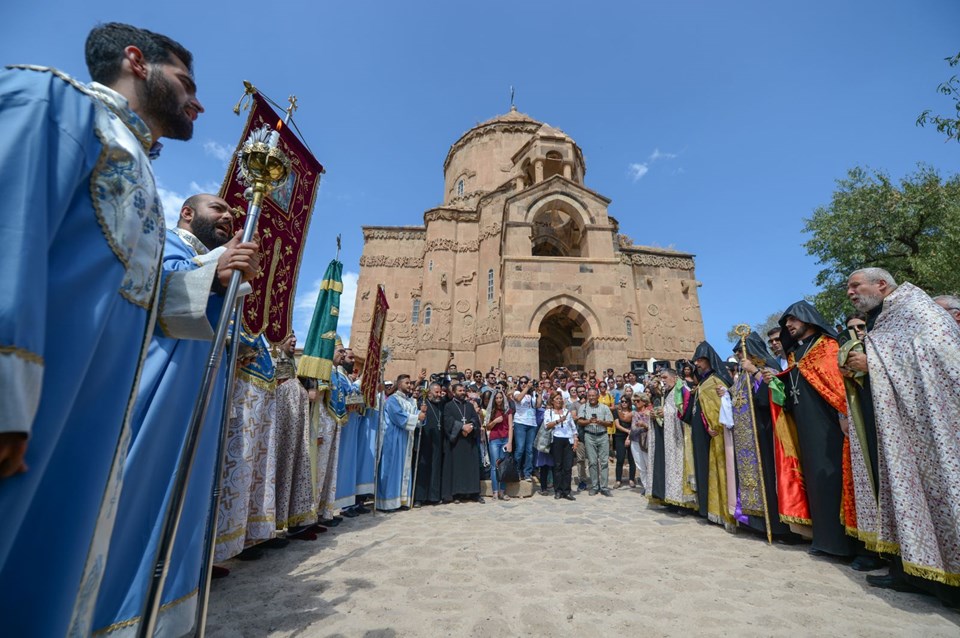 The nearest restaurants to Akdamar Church are located on the harbor of Gevas. In addition, a huge selection of cafes and restaurants is also in the city of Van. Among them: