Andorra is one of the smallest states in Europe. The country is located between France and Spain and is famous for its ski resorts. However, not only that. Andorra is also a country of duty-free trade, it is a unique cultural and architectural sights and of course, it is a unique nature.

The total population of Andorra is slightly more than 60 thousand people. On the other hand, the number of tourists coming here every year increases this figure by 12-14 million.

İçerik gizle
1 Andorra How to get there?
2 Information about Andorra
3 Hotels in Andorra

Andorra How to get there?

There are no airports in Andorra. And there are no railways and no ports. The country is right between Spain and France, and you can get there only from these countries. The nearest major airports are in Spanish Barcelona and French Toulouse. The only way to get to Andorra is to cross the French or Spanish border by bus or car. From Barcelona to Andorra la Velho (the capital) regularly send buses and shuttles to several carriers at once: the company ALSA, Andorra Direct Bus and Andbus. The journey takes about 3-4 hours.

Only one company provides regular bus services from Toulouse to Andorra, this is Andbus. The journey takes about 3 hours.

The capital of the country, Andorra la Vella, is hidden from the world in the midst of the Pyrenean peaks. This is a small town that can be easily walked around for a couple of hours. The main attractions are located in the old quarter of Barry Antique, from where construction of the Andorran capital began in the 9th century. The best shops you find on Merichel Avenue and Charlemagne.

Not far from the capital are the most popular ski areas Grandvalira and Vallnord with well-groomed slopes and excellent service. The most tourists come to Andorra just to go skiing or at least learn to stand on them. In the city of Escaldes is located one of the largest in Europe thermal centers “Caldea”. Here, under a glass dome, there are modern spas, massage parlors and a restaurant.

Here are some sights of Andorra, which you can also visit: It is worth considering that in Andorra there is practically no nightlife, and strip bars and nudism are strictly prohibited. Also, here it is not accepted to appear in public places while intoxicated. This can cause a police call.

All hotels in Andorra are rated from one to five stars. In Andorra there are few hotels located directly next to the ski lifts at the ski resorts. They can be divided into three groups. The first is hotels in the cities of Andorra la Vella and Escaldes, from where the distance to all ski centers is equally close. 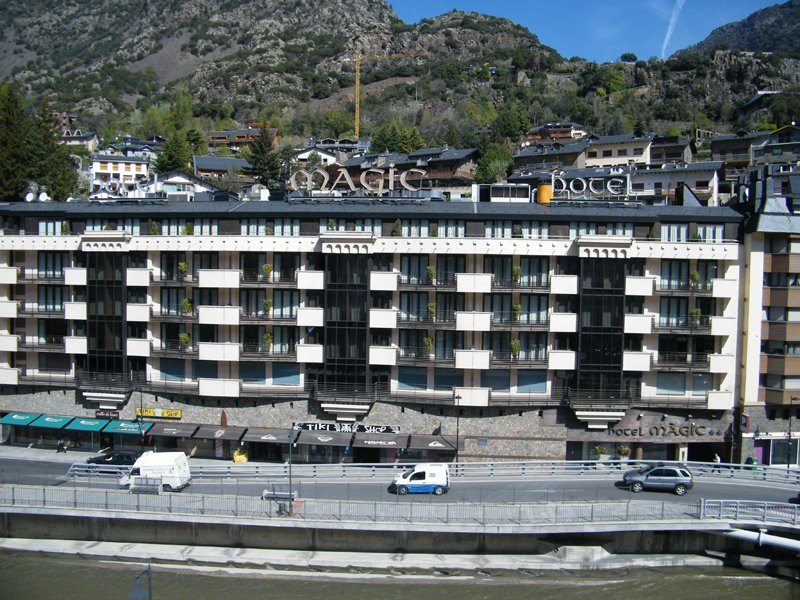 The second group is hotels in small towns or mountain villages 5-15 minutes’ drive from the ski lifts.

The third group is the hotels located directly below the mountain, 100–300 meters from the ski lifts. They are the most popular and most expensive.