Anitkabir Mausoleum is probably one of the most recognizable and most important (according to the Turks themselves) attractions in Turkey. The great leader of the Turkish nation Mustafa Kemal Ataturk found the last rest in the mausoleum. The person of this great man is very honored in Turkey, in every official institution and just on the balconies of the houses you will see a portrait or a flag with the image of Ataturk. The Turks themselves call him the Father of the Nation.

Indeed, Mustafa Kemal, who started the war of liberation and made the greatest sacrifices to save the country, occupies a very important position in Turkish history. Anitkabir Mausoleum is not only a monument to the founder of the modern Turkish Republic, but also a symbol of a free nation, as well as victims who sacrificed their lives for this freedom.

The first stone in the construction of Anitkabir was laid on October 9, 1944. The construction of the complex lasted 9 years and was completed in 1953. The complex consists of four parts: Pedestrian Lions Road, about 250 meters long; a ceremonial square on which 15 thousand people can fit simultaneously; Hall of Honor and Peace Park. The whole complex is located on the hill of Razateppe, from where it is visible from almost anywhere in Ankara. In the hall of honor is a gilded sarcophagus, where the remains of the first president of the Republic of Turkey lie. The Hall of Honor also houses the Museum of Ataturk and the War of Independence. It was opened in 1960. There are some personal items, awards, letters, photos and gifts of Ataturk, as well as a panorama of the main battlefields.

Anitkabir is open daily from 9 am to 5 pm. Admission is free for all.

How to get to Anitkabir Mausoleum?

Anitkabir is located in the capital of Turkey, Ankara, in the district of Cankaya. To get to Anitkabir, you need to take the subway to the station Tandogan, and then walk about 1.5 km up the hill.

The easiest and fastest way to get to Ankara is by plane. Esenboga Airport serves both local and international flights. From the airport you can take a taxi or use public transport with transfers to Cankaya (bus + subway). Travel time is a little more than 30 minutes. 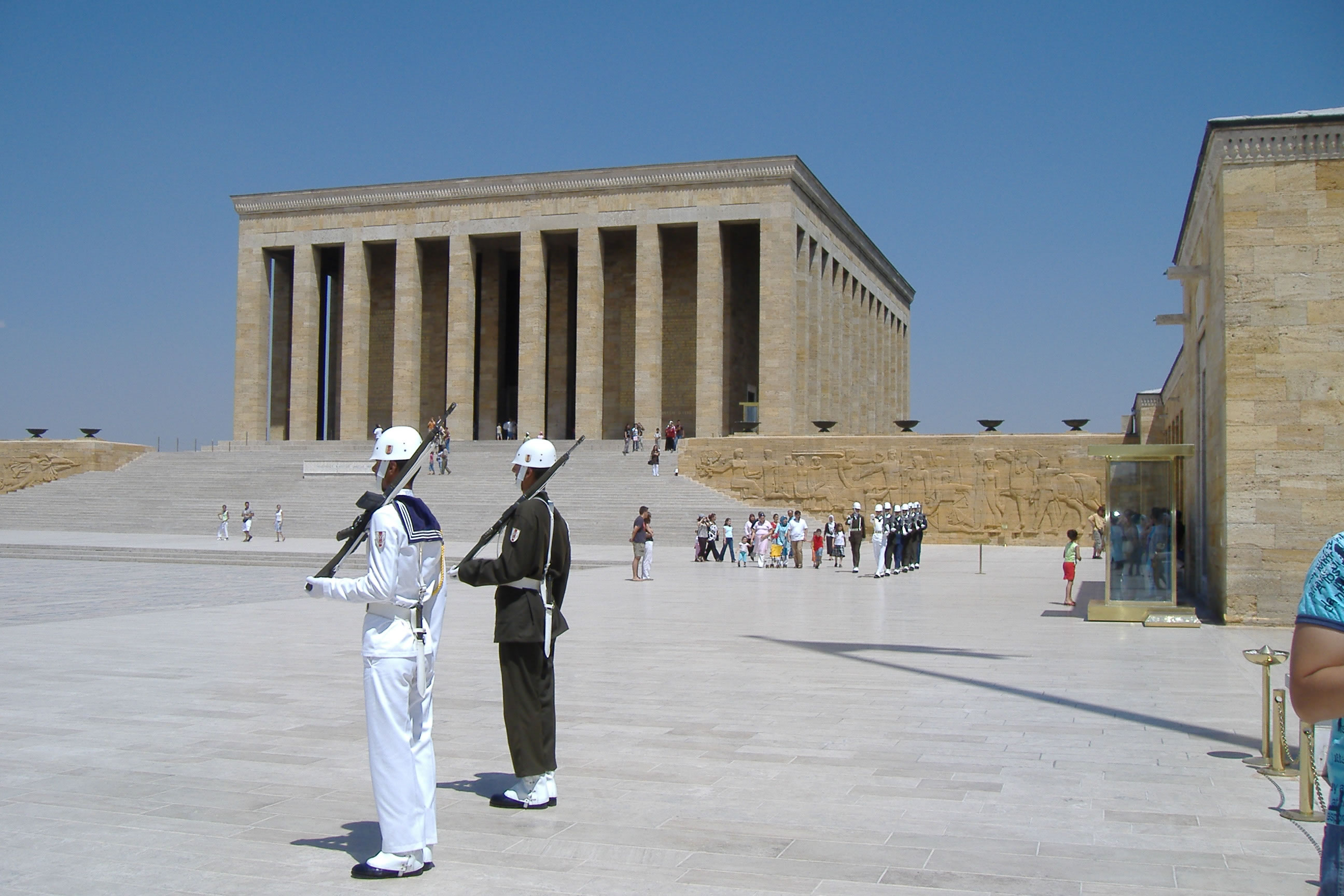 If you are traveling to Ankara from other cities of Turkey, you can take a train or an intercity bus.

Nearby Anitkabir there are many hotels for every taste and budget from budget to luxury. Among them: After visiting Anitkabir, you will probably want to relax and have something to eat. In addition to small cafes on the hill, where you can order tea and a sandwich, you will also find restaurants for every taste near the mausoleum. Here you can order not only the dishes of the national Turkish cuisine, but also something more familiar from European dishes.