Kayseri is located in the center of Turkey at the foot of the now-sleeping Erciyas volcano. The history of these lands is very interesting. For many centuries and millennia, different peoples and civilizations lived here. Some of them have left behind architectural monuments that are on display in the city’s Archaeological Museum.

Overall, Kayseri is the largest transport hub to Central Turkey. The city has an international airport and it serves as a starting point for those traveling to Cappadocia. In addition, on the slopes of an ancient volcano there is an excellent ski resort.

History of Archaeological Museum in Kayseri

Active historical research and searches in Turkey began only after the proclamation of the republic. In 1928, large-scale research, mining and gathering of artifacts began in the country, including in Kayseri. All the collected artifacts were first moved to Hunat Hatun Medrese, where they were kept until 1969. Finally, the necessary restoration and sorting work was completed, and the Archaeological Museum was opened in Kayseri. The museum is located on a large area, and the artifacts are exhibited in 2 large halls and in the inner garden. In the first hall there are exhibits relating to the period of ancient history. In the second hall are exhibited the tools and equipment used by people in everyday life in the middle Ages.

How to get to Archaeological Museum in Kayseri

The Archaeological Museum is located in the center of the city of Kayseri, so it will be easy to get there. This can be done on any form of public transport: bus, tram or taxi.

The nearest public transport stops are: 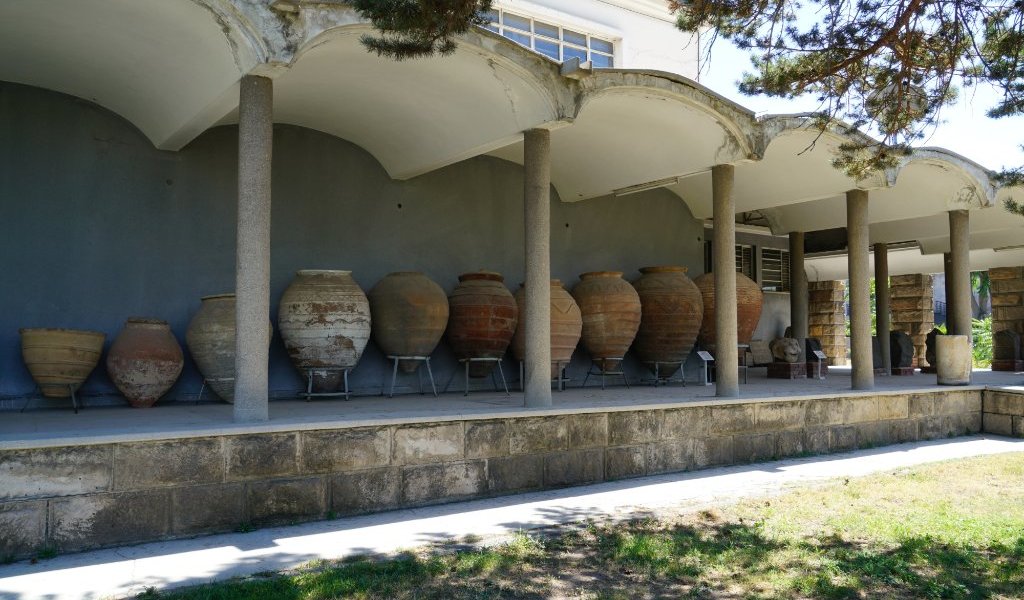 Although Kayseri is located far from popular tourist routes, it serves as an interchange point for many tourists. Therefore, the choice of hotels in Kayseri, though not large, but sufficient to find accommodation for the taste and size of the budget. Among the closest hotels to the Archaeological Museum, include: After walking around the city and visiting the Archaeological Museum, you will certainly want to relax and have a snack. Since Kayseri is located in the center of Turkey, it has absorbed all the culinary traditions from all over the country. You have a unique chance to try all the samples of national dishes at very reasonable prices in the nearest restaurants and cafes.