Aspendos Antique City is a unique sight in Turkey, which annually attracts thousands of tourists. Aspendos preserved quite well. Among the ruins the most majestic and recognizable structure is a huge antique amphitheater. But besides it there is something to see: the agora, the courthouse, a fountain, baths, temples, and aqueducts. Aspendos is an interesting open-air museum that gives everyone the opportunity to literally touch the antiquity.

No one knows for sure the exact date of construction of the city. However, historians agree, that the city originated in the 10th century BC, immediately after the end of the Trojan War. Over time, the city was owned by the Greeks, Persians and Romans. In the 4th century BC, the city was conquered by Alexander the Great. Later the city passed to the power of the Greeks, until finally the Romans occupied it. It was during the reign of the Roman Empire that Aspendos experienced the best time. During this period, the city flourished significantly due to established trade with other cities and countries. But already in the 13th century the city fell into decay and became empty. 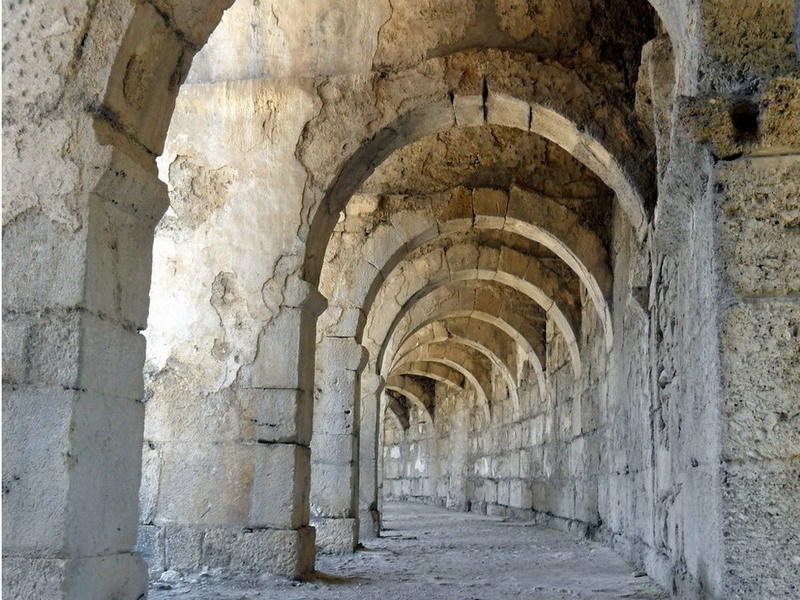 Among the surviving buildings you can visit:

How to get to Aspendos Antique City?

Aspendos is located in the province of Antalya in Turkey, near the small town of Serik. For those tourists who come from abroad, we recommend landing at Antalya Airport. From here, you can get to Aspendos of the ancient city only by land by car, bus or taxi. In the airport terminal you can find car rental locations.

You can go to Aspendos by bus from Antalya. Choose a bus to Manavgat / Alanya. When boarding the bus, ask the driver or steward to drop you off near Aspendos. The distance from the stop to the ancient city is about 4 km, i.e. about an hour on foot. However, you can take a taxi. 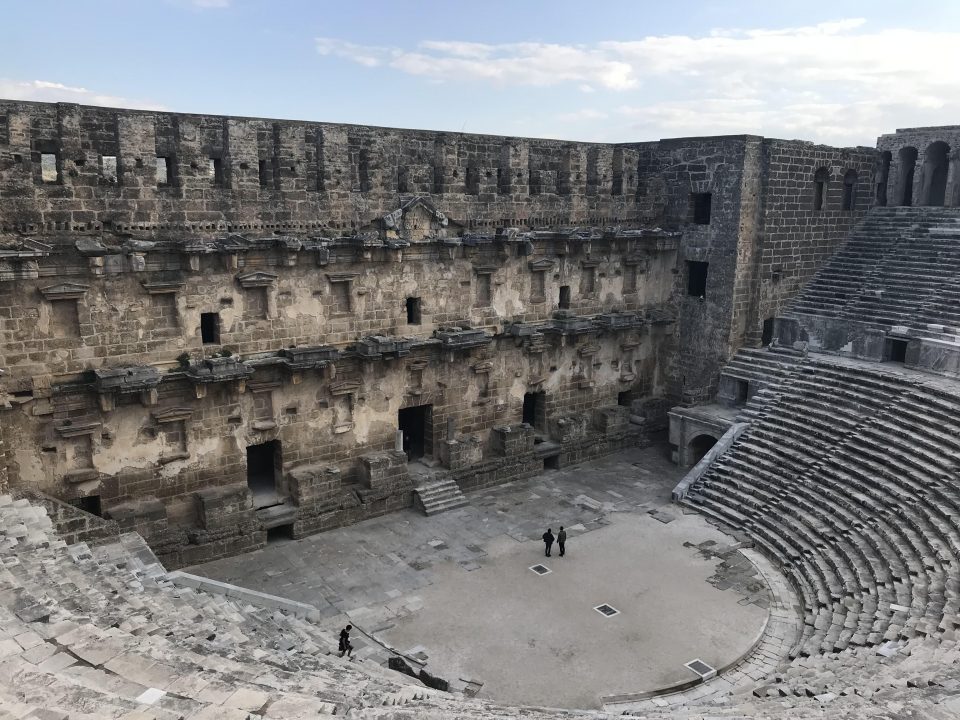 Well, the easiest way to get to Aspendos ancient city is to buy a tour in any of the many tourist offices in Antalya. As a rule, the price of such a group excursion includes transfer to and from, as well as food and drinks.

There are no hotels in the vicinity of Aspendos of the ancient city within walking distance. This is due primarily to the fact that most tourists come here just for a few hours as part of a one-day excursion. The nearest hotels to Aspendos are located in Antalya, Belek and Serik. Among them: But with the nearest restaurants, the situation is much better. On the territory of the ancient city there are two cozy restaurants. However, most often there are crowded, so after going some distance you can easily find excellent restaurants with Turkish and Mediterranean cuisine. Take a look at the short list of nearby restaurants to Aspendos: