Athens, the capital of modern Greece, was once the center of Ancient Greece, an ancient civilization famous for its might until the middle of the 2nd century BC. It is one of the few oldest cities in the world.

How to get to Athens

Eleftherios Venizelos International Airport serves all flights arriving in Athens. This largest airport in the country daily serves several hundred flights from around the world. The distance from the airport to the capital is about 20 km. You can get to the city in several ways:

By taxi or pre-booked transfer to the hotel. This is perhaps one of the most expensive, but also the most comfortable ways. By shuttles. On the pros: buses run around the clock, there are several routes to choose from. Travel time will take about an hour.

By metro / city train. This method is relevant only if you flew in from 6 a.m. to 11 p.m. This mode of transport is not available at night.

What comes to mind first when it comes to Greece and its capital? Well, of course, these are ancient temples and theaters, the ruins of ancient cities that witnessed the heyday of civilization. One of them is the Acropolis of Athens, which has become a symbol not only of Athens, but of Greece as a whole. It should be noted that each ancient city of Greece had its own acropolis, but the Athenian one surpasses them all in scale and number of architectural objects. Just imagine that there are several dozens of objects that are interesting to visit. The main and largest of these is the Parthenon Temple. In addition to this, here are also the ruins of an ancient theater, a market square, the Temple of Hephaestus, the agora and much more. 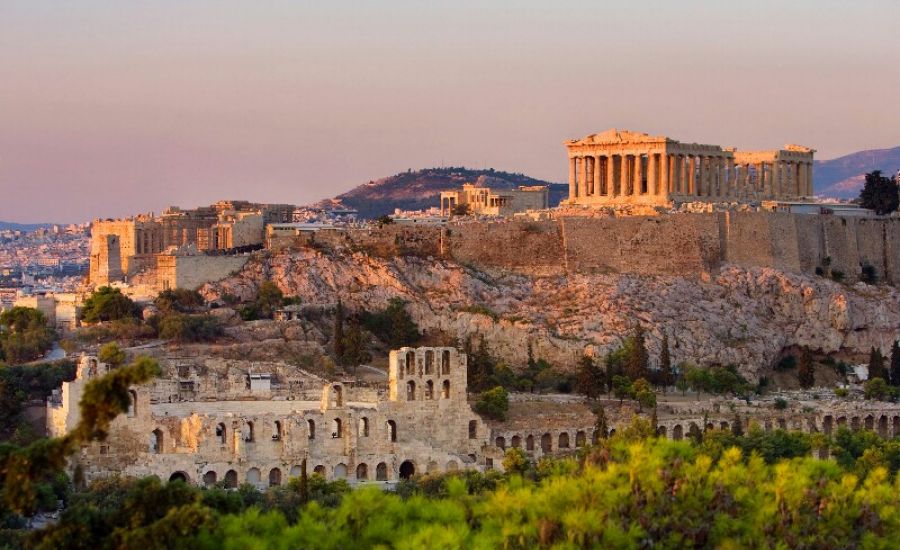 Among other no less interesting places, it may be noted:

The main thing that you need to pay attention to when choosing a hotel in Athens is its location. After all, the capital of Greece is not only the ruins of the Acropolis, but also a modern, large and dynamic metropolis. And although urban transport is well developed, few people will want to spend half a day on the road to sights. Another point that is important to keep in mind is the peak season of the holidays, which occurs in July and August. At this time, almost all hotels are sold out, and those that are not yet -raise prices to the clouds. Therefore, if your vacation falls during this period, book the hotel in advance.