Aya Sofya Museum is widely known all over the world. It is of great importance for different nations and different religions. The architecture of the cathedral and its history occupy an important place in the culture of not only Turkey, but also the world.

The Hagia Sophia Museum is located in the Fatih district of Istanbul. At the time when Istanbul was still Constantinople and belonged to the Emperor of the Eastern Roman Empire, Aya Sofya was a Christian cathedral and the birthplace of one of the largest world religions. Today, the cathedral is open as a museum, as a monument of great architecture and a symbol of the golden age of Byzantium.

Aya Sofya was built during the flourishing of Byzantium. For several hundred years, it remained the largest Orthodox church in the world. Monarchs were crowned here; it was from here that Orthodoxy spread.

The order to build the Hagia Sophia was given by the Byzantine Emperor Justinian. In the period between 532 and 573 years of construction was completed. Thousands of workers, architects and even mathematicians took part in the construction of the cathedral. Thanks to their work, we can still see the incredible architectural masterpiece that they created fifteen hundred years ago. 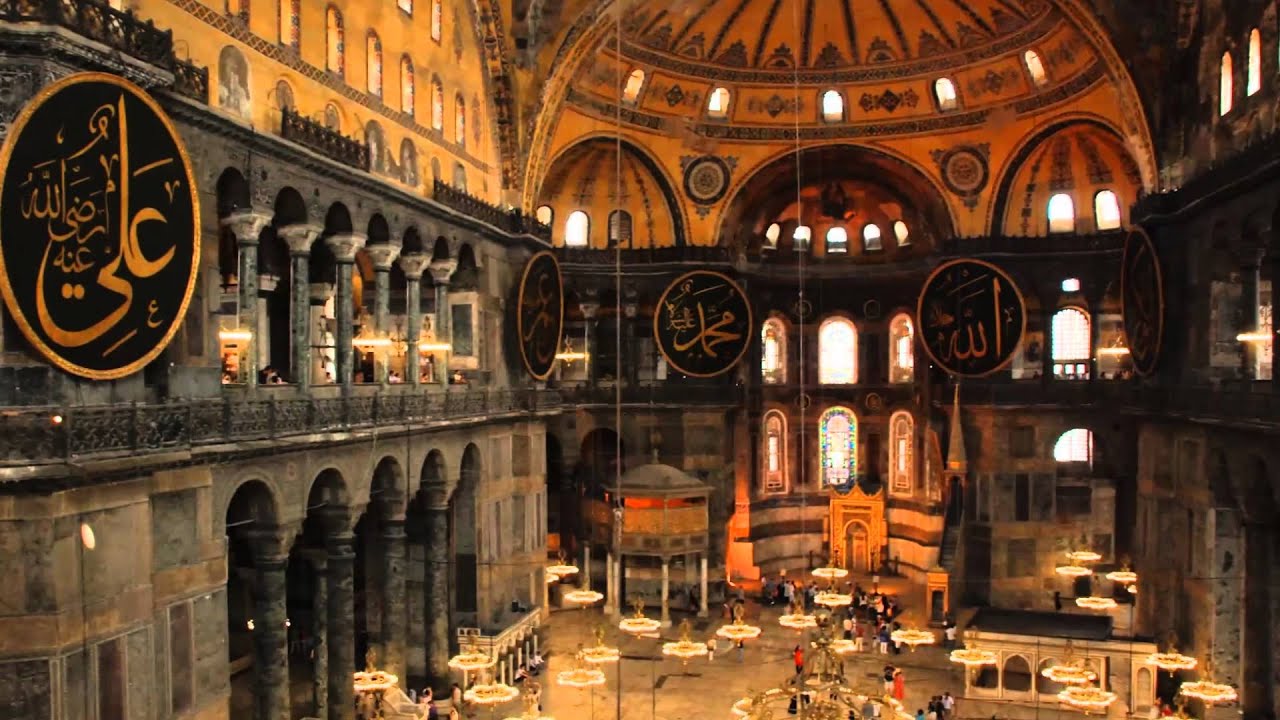 The interior of the cathedral was richly decorated. Decorators used mosaic, marble, gold, silver and even ivory. All the best materials were brought to Constantinople from all parts of the Empire. So, the temple existed for centuries, until the city was conquered by the Ottomans, turning the Christian cathedral into a mosque. They did not completely destroy the cathedral, but the interior decoration suffered greatly. Painted icons on the walls of the cathedral the Turks tried to hide behind a layer of plaster, on top of which they applied Arabic script. At the same time, 4 minarets were attached to the cathedral.

In 1935, Hagia Sophia was opened as a museum. Thousands of tourists come here every day, and at the entrance, regardless of the season, there is always a long line of visitors.

Aya Sofya Museum is open from Tuesday to Sunday from 9 am to 4 pm (closed on Monday). The entrance fee, you can use the museum card.

How to get to Aya Sofya Museum (Hagia Sophia)?

Aya Sofya Museum is located in the very center of Istanbul on Sultanahmet Square in the Fatih district. You can get here by bus, taxi, tram. You need to get out of the transport at the Sultanahmet bus stop. Those coming from the Asian side of Istanbul can use the ferry. Sultanahmet Square, where the Aya Sofya Museum is located, is the historical center of the city, where the most famous sights of Istanbul are located. Not surprisingly, there is no shortage of hotels. You can find accommodation for every taste literally within walking distance from the cathedral. On Sultanahmet Square, among other things, there are many places where you can have a snack and drink tea or coffee. In addition to sellers of simits (Turkish bagels) and small cafes and eateries, the nearest restaurants to the Aya Sofya Museum are: