The history of Balikesir is based on very ancient times, each period of which left a significant mark on the culture and architecture of the city. Balikesir annually, but especially in the summer months, receives hundreds of thousands of tourists both from local residents and from other countries of the world. Regardless of how a tourist prefers to relax, he will be able to find a lesson here to his liking. Here there are the cleanest beaches and blue bays for those who relax with their families, love to swim or go in for water sports. There are ancient ruins of cities of Roman and Greek civilizations for those who love sightseeing holidays. Here are the majestic mountains of Kaz, for those who love outdoor activities, camping, or just want to enjoy the beautiful views and clean air. The list of attractions complements the natural parks, beaches and museums.

İçerik gizle
1 Balikesir How to get there?
2 Balikesir What to see?
2.1 Ancient city of Antandros
2.2 Kaz Mountains
2.3 Ancient City Kizikos

Balikesir How to get there?

You can reach Balikesir in three ways: by water, by air and by land. You can take the ferry from Istanbul. Travel time is about 2 hours. Or you can choose local aircraft flights. You will arrive at Balikesir Airport, located just 5 km from the city. In addition, many local travel companies organize bus transport several times a day, depending on the time of year. Finally, you can reach Balikesir by car. Balikesir What to see?

If we talk about the ancient cities in Balikesir, then Antandros comes to the fore. As a result of archaeological excavations near the city, mosaics dating back to 1200 BC were discovered. They were the first step towards the discovery of the ruins of the ancient city of Antandros. During archaeological research, a mosaic villa of the Roman Empire period, city sewer tunnels and many other historical monuments were also found. The excavation continues to this day. Scientists believe that many mysteries and surprises are stored in the local land. The list of new finds includes a necropolis, a Roman house and a city house. The city of Antandros is also mentioned in the tales of the Trojan War. Some of the finds are on display at the Bursa Archaeological Museum. The Kaz Mountains are located between the cities of Balikesir and Chanakkale. They are a great place to relax in a campsite or for hiking. Karatesh peak is the top of the mountains Kaz, its height is 1774 meters. The mountains are surrounded by oak and chestnut forests. There are also many waterfalls and thousands of animals. The creeks of Menderes, Tuzla, Biga and Gonen flow through these mountains. Many of the myths described in Greek mythology occur in the mountains of Kaz. According to Greek mythology, it is believed that Aphrodite was chosen here as the goddess of beauty. Kaz Mountains are part of a national park. Kizikos is another largest ancient city, discovered on the territory of modern Balikesir. Studies by archaeologists show that the city of Kizikos originated around the 5th century BC. According to the legends, the city got its name in honor of King Kizikos, who suddenly died in this area. Later here founded the city. City Kizikos saw a change of several civilizations. It has become an important scientific and cultural center. The city, which suffered from many earthquakes, was completely destroyed by the earthquake of 1063. This forced the locals to move deep into the mainland, leaving the city. So gradually ended the history of the glorious city. 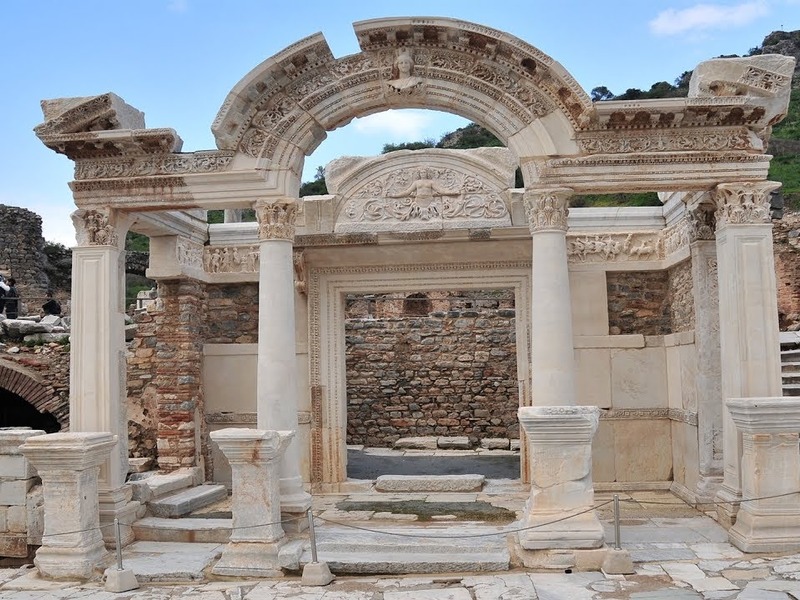