Bansko is a cute little city located in the south-western part of Bulgaria. From all sides the city is surrounded by huge mountains, topped with snow caps. Local landscapes amaze the imagination of everyone who comes here.

Bulgaria is not only a seaside resort, but also a network of unique ski resorts. One of the most popular places is Bansko. This is a fairly young ski resort with good infrastructure and high-quality slopes. Durable snow cover lies here from November to the end of May.

Those tourists who are not familiar with skiing can also find a lot of entertainment in Bansko. The city has opportunities for excursion tourism, and thanks to the surrounding thermal springs and the healing mountain air, Bansko has the fame of a health resort. İçerik gizle
1 Bansko How to get there?
2 Information about Bansko
2.1 Bansko Ski Resort
2.2 Bansko Spa resort
2.3 Sights in Bansko
3 Hotels in Bansko

Bansko How to get there?

Bansko is located 160 km from the Bulgarian capital. The city does not have its own airport, so the way to the city runs through Sofia.

From Sofia you can reach Bansko in several ways. Flights to the city depart from the Central Railway and Bus Station.

From the Central Bus Station in Sofia, buses depart 3-6 times a day. Travel time takes a little over 3 hours. The train journey is a bit cheaper, but it is longer and more difficult, since there is no direct route. First you need to get to the small town of Septemvri (about 1.5 hours on the way). Next, you need to wait for the next train to Bansko. Keep in mind that there are only three trains on this route per day, the last of which departs at 17:00. A further trip to Bansko will take about 4.5 more hours.

Around Bansko, there are 15 km of ski slopes at altitudes from 1100 to 2500 meters, 8 lifts, 8 km of cross-country trails. The season in Bansko lasts from November to May. Here is a great ski infrastructure. You can climb the main mountain Todorka on a lift directly from the city. Also, the slopes can be reached by ski bus.

The resort of Bansko is divided into three ski areas: Chalin-Valog (for beginners), Shiligarnika (beginner and advanced) and Polqna Banderishka (advanced and expert, as well as slopes for snowboarders). 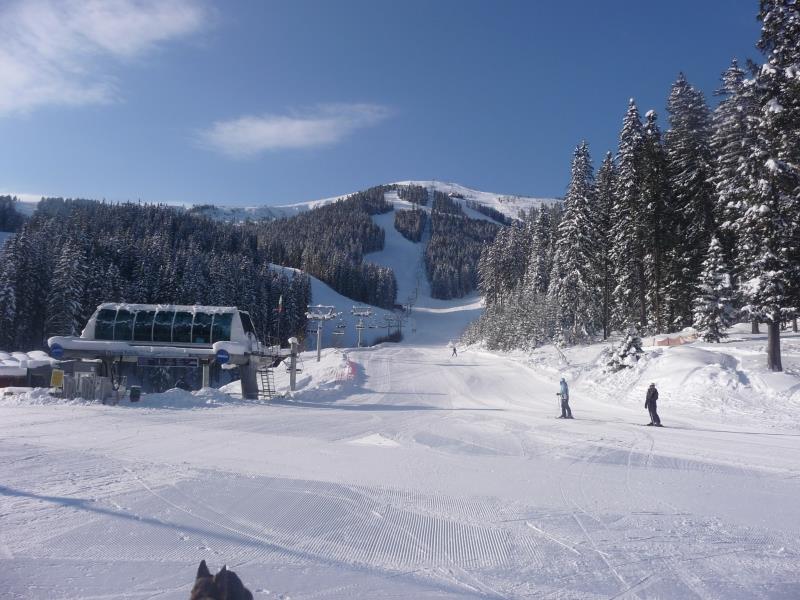 Rest in Bansko you can combine with wellness spa treatments. In the vicinity of the city there are many thermal springs with mineral water. 15 km from Bansko there are resorts – Banya, Ognyanovo, Dobrinishte and others. Thermal spa complexes have been built on their territory. Treatments include baths, massages and more.

In Bansko, the architecture typical of Bulgaria of the 17-19th centuries is well preserved. For example, the Church of the Holy Trinity was built during the Ottoman yoke. Its central entrance is crowned with a Christian cross and an Islamic crescent. In the city and its surroundings there are many religious sights – Rozhen, Rila and Bakchkovsky monasteries, churches and the Museum of Icons.

Pirin National Park in the vicinity of the city, included in the UNESCO list of protection. Many rare plant and tree species grow here. 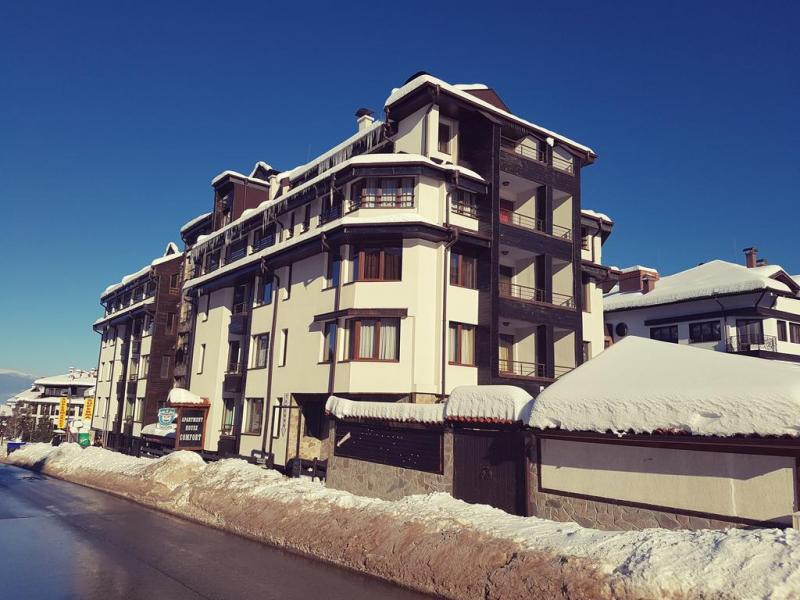 Bansko offers many hotels, guesthouses and apartments to accommodate their guests. Another category is spa hotels, where you can combine outdoor activities with wellness treatments. In general, the level of housing prices is low. Those who want to save money and do not plan to ski every day should look for options in the Old Town area.