In the North and South, in the West and East scattered cities and countries like particles of Paradise, the eternal feast of life. If you want to relax fun and interesting vacation, go to Barcelona. It is the largest city in Spain after Madrid. About this beautiful city in beautiful Spain will be discussed in today’s article. Let’s see how to get to Barcelona, where to stay in Barcelona when you arrive here. İçerik gizle
1 Barcelona How to Get There?
1.1 Information about Barcelona / Spain
1.1.1 Barcelona Accommodation

Barcelona How to Get There?

Barcelona is perhaps the most popular Spanish city among tourists. However, this is not surprising, because city is rich in cultural, architectural, culinary and entertainment attractions. Barcelona is the capital of the Autonomous region of Catalonia. The city is located about 150 kilometers South of the French border in the North-East of Spain. Many cities now have direct flights to Barcelona. The flight time to El Prat airport can take about 4 hours. Since Spanish Barcelona is quite a popular tourist destination, especially in the summer season, some of the air companies operate flights to this city several times a day. 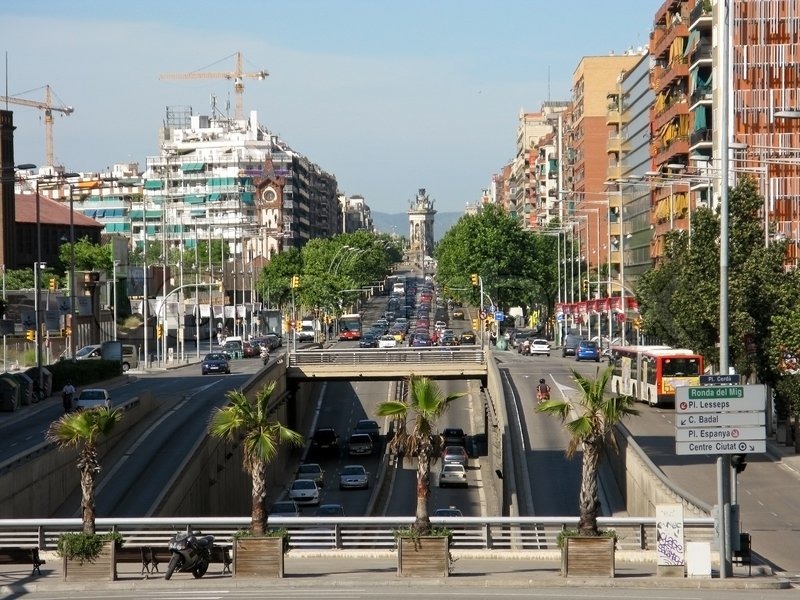 Barcelona is located in Spain, has a history of 2000 years. Its population is about one and a half million people. The city has many interesting places that you can visit. These include restaurants, cafes, museums and churches. Barcelona is perhaps one of the most important Spanish cities in terms of culture, architecture and art, where you can see the construction of modern and Gothic style at the same time. City is located by the sea, the city has beautiful beaches, which can be reached by train from the city center in a short time. In Barcelona, you can enjoy the sea, the sun, art and history. The works of the famous architect Gaudi, which turned the houses and buildings into the most bizarre and diverse forms, are now closely and inextricably linked with the city itself. Now Barcelona is called the city of Gaudi.

City also has a vibrant nightlife. The Magic club, Razzantazz Apollo club, are one of the most popular venues for parties. In addition to night entertainment, Barcelona certainly has something to see and where to go. Park Guell, houses Casa Mila and Casa Batllo, the Picasso Museum, Pueblo Espanyol -the Spanish village Museum, the Gothic quarter – Barri Gotic and, of course, the unique Sagrada Familia, where Gaudi died in an accident, all these amazing locations will take you on a journey through the Spanish history and certainly will give you great aesthetic pleasure.

If you are interested in relaxing by the sea and the sun, here are some examples of beaches that can be easily reached by train directly from the center of city. Perhaps the most famous beach is the beach Barceloneta, the length of which is more than a mile. If you want a quiet beach where not so crowded, you can choose the beach Bogatel. In addition, your attention can be earned by other Barcelona beaches – Nova Icaria, San Sebastian and Castelldefels. There is no doubt that you will have a wonderful day with Mediterranean waters, warm sun and hot sand on any beach you choose. There are 4 most preferred areas to stay in Barcelona. Hotels in Plaza Catalonia and its surroundings are within walking distance of the main attractions and the city center. Area Villa Olimpica, clean and quiet area with fresh air, where dominated by beautiful historical buildings. The Eixample district allows you to live in modern buildings and feel the fast pace of life. Finally, the hotels and beaches of San Martí attract the attention of tourists thanks to the sea waves and the sun, and help tourists feel like on a summer vacation. If you decide to spend your holidays in Barcelona, here are a few suggestions of accommodation options in Barcelona.

Hotel Miramar Barcelona: five-star and one of the most luxurious hotels in Barcelona. You can take advantage of all kinds of services in it. We would recommend this hotel as the main accommodation, if your budget allows it.

Hotel Grums Barcelona: this hotel is one of the most popular 4-star hotels of Barcelona. There is also a fitness center and a bar where guests can relax.

Hotel Acta Azul Barcelona: is a popular 3-star hotel in Barcelona. It offers free Wi-Fi and a fitness center.