One of the most famous cities in the UK, Bath lies on the Avon River in the southwestern part of England, just 16 kilometers southeast of Bristol. This is the main city of Somerset County. It is small in size, but is deservedly considered one of the most interesting cities in the country. However, not only beautiful landscapes brought fame to the city. The city is the only place in the UK where thermal mineral waters come to the surface, making it the country’s main balneological resort. The city has been known in this role since antiquity, and even acquired its name thanks to this natural phenomenon.

Hot springs, which the city owes its existence to, are formed by groundwater rising through calcareous rocks from a depth of 2700-4300 meters and having a temperature of + 46 ° C to + 96 ° C. Interestingly, geologists estimate their age at about 10 thousand years. Thus, today, guests of the resort bathe in water, which fell in the form of rain on the local hills back in the days of Cro-Magnon. 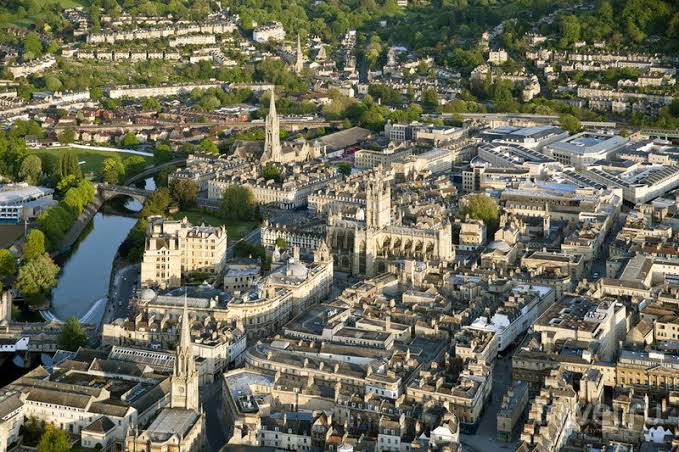 İçerik gizle
1 How to get to Bath?
2 Things to do in Bath

How to get to Bath?

Although Bath is a small town, the infrastructure here is very well developed. You can get to the city from almost any city, including from cities in the UK (which is important if you are already traveling around the country).

Formally, there is no airport in the city, but Bristol Airport is located close to Bath and serves passengers of both cities. But most likely you decide to go to Bath not directly, but just drop in as part of a larger trip to Britain. In this case, you can take advantage of the Easy Jet or Ryan Air low-cost airlines, or you can also take the train. The station is located as conveniently as possible, right in the city center, within walking distance from all the main attractions. Things to do in Bath

Bath is one of the most beautiful cities in England. The heyday of the resort came in 1775, when traces of Roman terms were discovered in the city, later turned into an open-air museum. Each summer, during the second half of the 18th and 19th centuries, Bath served as the unofficial capital of British public life, since it was here that most of the English aristocracy came. Local monuments of the Classicism era have been inscribed on the UNESCO World Heritage List.

The hallmark of the city is, of course, the famous Abbey of Saints Peter and Paul. Founded in the second half of the 7th century as a women’s Benedictine monastery, in the 10th century it was reorganized and rebuilt several times, turning into a major center of the country’s spiritual life. Within the abbey you can also visit the Bishop’s Palace and the History Museum, dedicated to the role of the abbey in the history of the country. 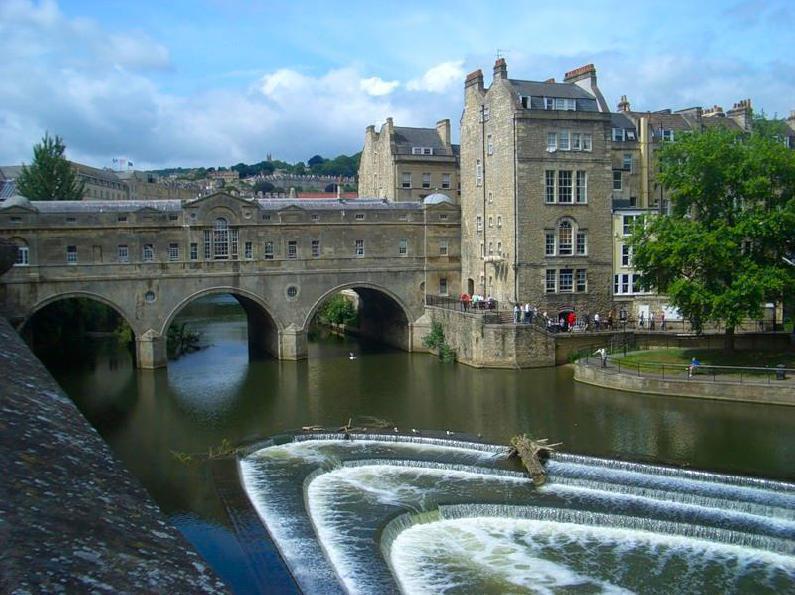 The second most important point of attraction of the city is the Roman baths, built around 70 AD. They were discovered in 1775 at a depth of more than 5 meters below the current level of the urban surface. Now they are considered one of the best-preserved objects of this kind in Europe.

Another highlight of the city is the Paltney Bridge, built on the Avon River. It was built in the years 1770-1774 according to the project of the architect Robert Adam.

Other interesting places in the city include:

There are 4 sources in total in the city. Indications for treatment: gout, various rheumatic diseases and paralysis.