Bayburt is located and connects the region of Eastern Anatolia with the Black Sea region of Turkey. Bayburt is adjacent to Trabzon, Rize, Gumusane, Erzurum and Erzincan. Compared to these provinces, tourism in Bayburt is less well developed. However, this does not mean that you will have nothing to see here. The city has an area of ​​about 3652 square km. The majority of the population are Turkmen – chepni. Bayburt is located on the historic Silk Road. Also, the famous traveler Marco Polo once passed through this area. The city received its name from the ancient Caucasian languages, which sounded like Urartu. The city of Bayburt for some time was under the auspices of the Persians, then the Byzantines, then the Romans. Then the city was occupied by Armenian Bagratuni, and after the Seljuk Turks, and finally the Ottomans. Places to visit in Bayburt

Bayburt contains many valuable monuments of historical heritage and natural attractions. Thanks to the Choruh River, the city has become a popular rafting center in Turkey. Bayburt is one of the most beautiful cities in Anatolia with its untouched nature. A small number of tourists is an indisputable advantage. It gives a complete sense of connection with nature.

Rafting on the Choruh river

Choruh River is one of the fastest and deepest rivers in Turkey. There are 4 sections of the route on the river depending on the level of complexity. International rafting competitions are also organized here. The most active season for sports on the river is May and June. The world rafting championship took place on the Choruh River in 1993. The length of the river Choruh is 376 kilometers. Interestingly, it also inhabits many species of fish. So, lovers of fishing can also find something to do on the river. Many athletes from all over the world come to the Choruh River to do canoeing, river kayaking and rafting. It is not known who exactly built this fortress on the rocks in the northern part of the city. Historians suggest that it originally belonged to the Armenians. The fortress participated in the hostilities as a defensive and fortifying fort. It was finally destroyed in the Russian-Turkish war in 1828. The fortress, which was once covered with tiles of purple and green, unfortunately did not retain its original appearance. The ancient underground city in Bayburt is a true marvel of architecture and history. Its age is about 3 thousand years, and the size is huge. For tourists, the open route is only 1 km long. Everything else is still closed, as historians and archaeologists work there. The city was discovered by accident in 1988. Today it is included in the list of objects protected by the state. 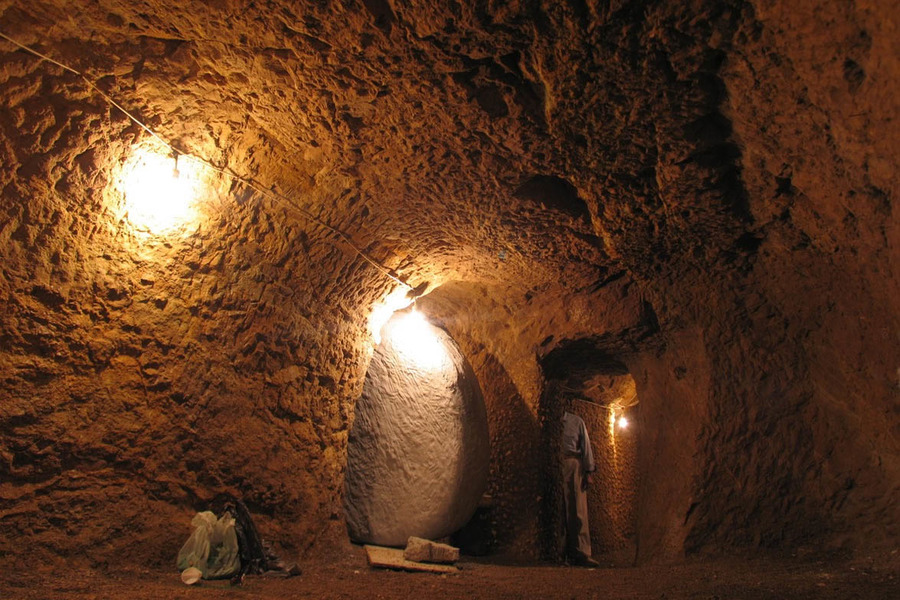 The goal of creating an underground city to scientists still remains a big mystery. The underground city, located at a depth of 5 meters from the surface of the earth, has a well-designed ventilation and water supply, as well as a system of moves. Even by modern standards, the underground city of Aydintepe is an extremely complex structure from a technical point of view. Here are placed galleries and rooms whose walls are decorated with rock art. In addition, the tombs of the rulers of the ancient world were also found here.