Bursa originated around the 2nd century BC. The city was founded by the ancient Greeks and was named Prusa. The city actively grew and developed. First of all, because a part of the Great Silk Road passed here. After the Greeks, the city was ruled by the Byzantines, and in the 14th century the city passed into the power of the Seljuk Turks. It was they who proclaimed the city the capital of the Ottoman Empire. The city received its modern name at the beginning of the 20th century.

The city of Bursa still has important cultural and economic importance for Turkey. The city is one of the three largest cities in the country. And thanks to its rich history, the city also attracts thousands of tourists annually. At the same time, it is important to note that Bursa is not a resort city, since it is located quite far from the sea. But those who come here know that the main thing here is new knowledge and impressions from acquaintance with the most interesting historical monuments. 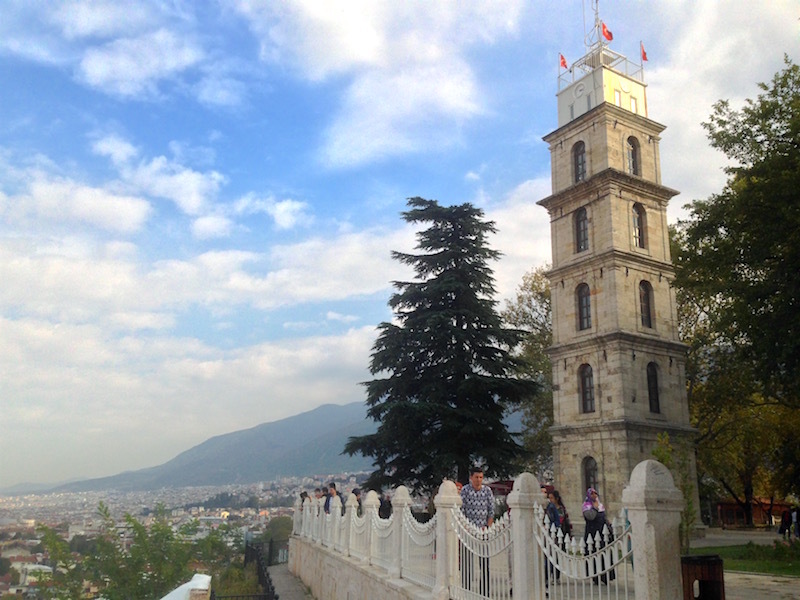 İçerik gizle
1 What to see in Bursa?
1.1 Ulu Cami Mosque
1.2 Tomb of the founders of the Ottoman Empire
1.3 Cableway
2 Hotels in Bursa

What to see in Bursa?

Bursa is a modern beautiful city that has carefully preserved monuments of its history. There are many old mosques, tombs and old buildings; an interesting art museum and the famous huge centuries-old plane tree with an open cafe under its shadow.

Ulu Cami Mosque has certainly become a symbol of the city. This is one of the most famous sights of Bursa. The mosque was built at the end of the 14th century. This is an ideal example of architecture of that period, which combines the traditions and innovation of the Seljuk Turks. First of all, the mosque is interesting in that it has 20 domes, which is not at all typical of Muslim mosques. In addition, the fountain for ablution before the prayer is located in the center of the mosque, and not outside. Inside the mosque there are relics and amazing examples of Islamic calligraphy. Tourists can visit the mosque in the morning and after lunch. The entrance to the mosque is free. 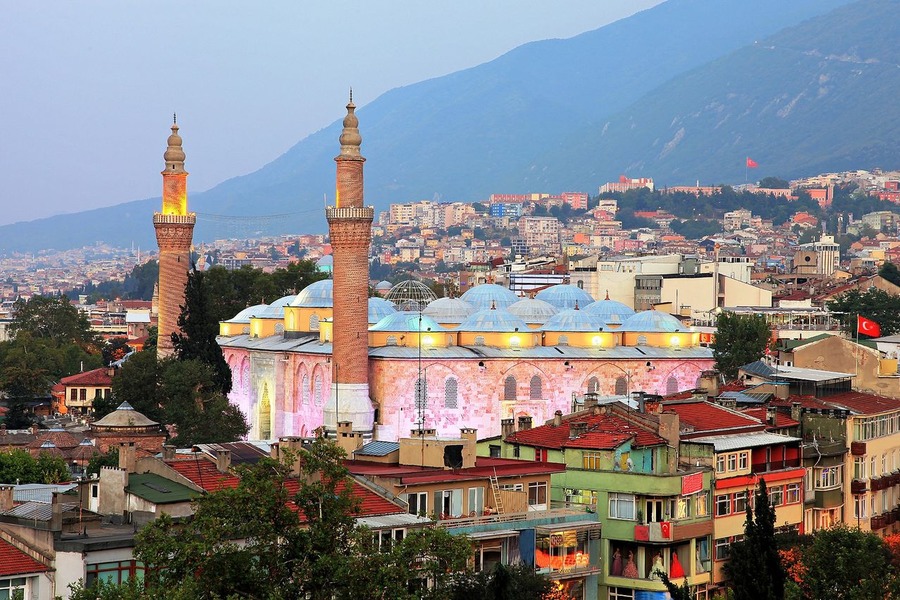 Tomb of the founders of the Ottoman Empire

The founders of the Ottoman Empire and their families found their last rest here. Tombs of Osman and Orhan Gazi are located in the mausoleum, whose walls are decorated with tiles of green color. Outside the tomb is covered with white marble. This landmark is of great historical importance for the Turks. They treat her very respectfully and carefully. The entrance to the tomb is free. Bursa is located at the foot of the Uludag Mountains, where the popular ski resort of Turkey is located. Throughout the year, lovers of active rest and sports come here. However, those tourists who do not ski or snowboard enjoy visiting this cableway too. The maximum lift height is more than 1,800 meters, from where you can enjoy stunning views of the city. On the way to the top, the funicular makes several stops. During one of them you can visit the natural park. The tourist infrastructure in Bursa is very well developed. There are many accommodation options for every taste and budget. The best option in terms of price and quality of service are 3-star hotels. But of course, you can find both luxury hotels and very low-cost hostels.