Colombo, Sri Lanka is considered one of the most prominent cities in South Asia. Many mistakenly consider it the capital of Sri Lanka, but it is not. Colombo is the largest city of the country, here are the main financial, economic and cultural centers, as well as the government and the president. But officially the capital of the state is the city with the difficultly pronounced name of Sri Jayawardenepura Kotte. Colombo is located in the western part of the island and is the most important port city of Sri Lanka and South Asia.

Colombo, Sri Lanka How to get there

Direct flights to Sri Lanka are from Europe, Russia, Qatar, Turkey and the United Arab Emirates. On average, a direct flight time is about 8 hours. The Bandaranaike International Airport is located a few miles from Colombo. You can get to the city center by bus, tuk-tuk or taxi. You can also rent a car. Car rental desks are located at the airport’s arrival terminal. The population of the city is about 753,000 people, with suburbs more than 5 million people. Sri Lanka has long been ruled by Britain and Portugal. In 1948, Sri Lanka proclaimed its independence. Thanks to its port and advantageous location, the city of Colombo has become an important commercial center of Asia in the past and retains this status until today. In this city there are factories and main offices of many companies. The production of textile, glass, chemical, furniture, leather and jewelry industries are organized here.

In Colombo, people of different religions live peacefully and speak different languages. Also, in the city there are dozens of religious buildings of various denominations: Buddhist, Catholic, Muslim, etc. The weather conditions of the tropical climate in Colombo are almost the same throughout the year. The average annual temperature ranges from 28 to 31 degrees Celsius. You can meet street activities and entertainment almost every month. Most often such festivals are devoted to a religious holiday, but anyone can take part in it. Things to do in Colombo / Sri Lanka

Colombo can be your starting point for a trip to the country’s main resorts. However, there are interesting sights in the city and its surroundings that you can visit.

Since Colombo is the largest Asian trading port, there are no comfortable beaches in the city. The main signs of a city beach are crowds of people, garbage and muddy water. In order to enjoy a beach holiday, you need to go to the suburbs. An excellent option would be the beach in Mount Lavinia. This is a sandy beach with free sun beds and umbrellas. Here mostly families with children and surfers rest. You can also visit the beaches in Negombo, Kalutara beach and Beruwela beach.

Galle Face Green is a pedestrian green area with an area of 5 hectares on the ocean. The length of the site is about 1.5 kilometers. This is one of the most popular places for walking both among locals and tourists. The National Museum of Colombo holds many exhibits that tell about the history and culture of the country. There are collections of weapons, manuscripts, royal throne, sculptures, paintings and much more. Not far from the museum is the Colombo Art Gallery.

This is a unique attraction of Colombo. The market was opened relatively recently in 2014, but has already gained great popularity among tourists. An interesting idea of the location of shops, cafes, tourist and souvenir shops on floating platforms on Beira Lake attracts the attention of tourists. Also, here you can find racks of travel agents who offer city tours or boat rental on Beira Lake. 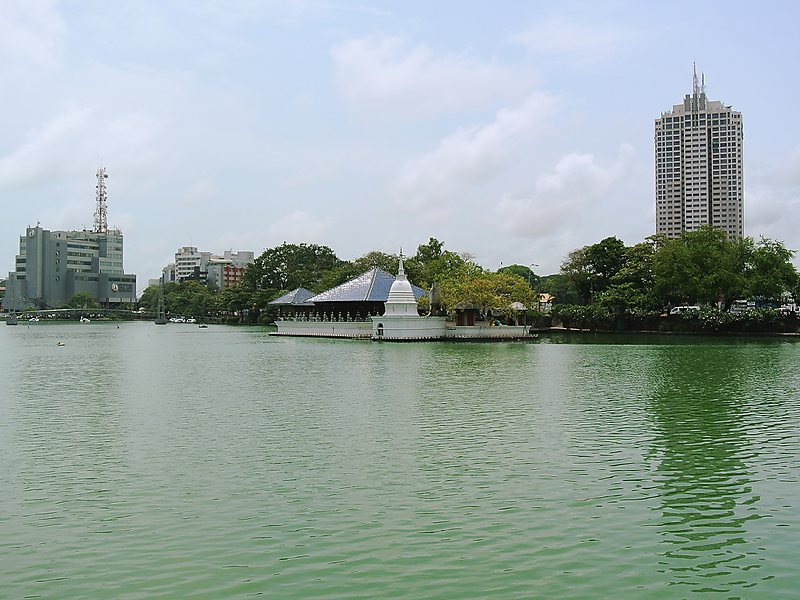 Of course, this is only a small part of the attractions of Colombo. This list can be supplemented with various religious complexes, natural attractions, parks and zoos and historical monuments.