Edinburgh is the largest city of Scotland and the capital of the country. The unique appearance of the city attracts many tourists. The brightest detail in the city is its ancient architecture with stone houses and majestic castles. İçerik gizle
1 Edinburgh How to get there?
2 Sights of Edinburgh
3 Hotels in Edinburgh

Edinburgh How to get there?

You can get to Edinburgh by plane. Edinburgh International Airport is located 12 km west of the city. It accepts flights not only from all over England, but also from continental Europe, Ireland and some cities in North America. After arriving at the airport, you can easily reach the city center by taxi or bus. 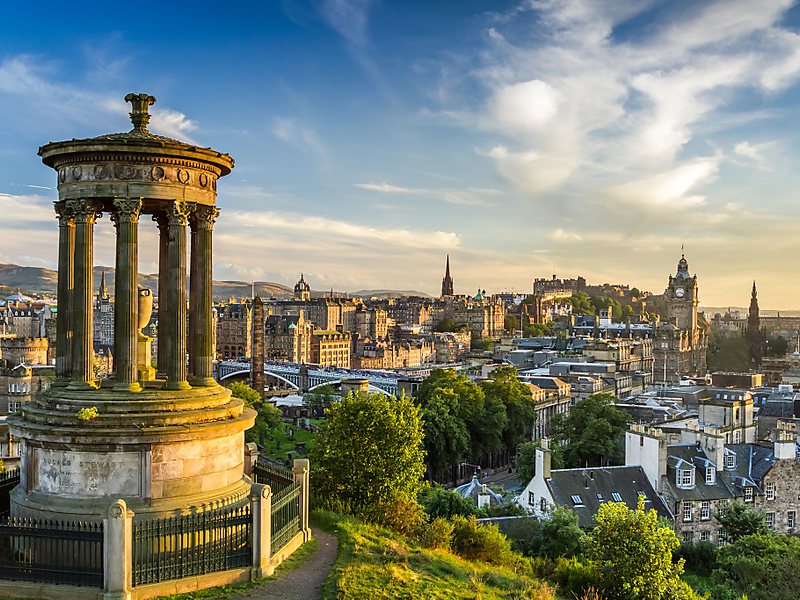 You can move around the city by tram. You can even walk, as the main attractions are located at a distance that can be overcome in 15-20 leisurely walks. Buses are another vehicle used in the city.

Edinburgh includes several areas. The District of Town is medieval Edinburgh with its famous Royal Mile, which leads from Holyrood Palace to the castle. This is the most interesting tourist area of ​​the city.

New Town is the second half of the historic center. In addition to the buildings of the 18th century, there are also many shops of famous brands. Areas Stockbridge and Canonmills is located next to New Town. Here is the Royal Botanic Gardens.

The East area is a beach area. In the South area there are many cafes, restaurants, clubs and pubs. Scotland is the birthplace of whiskey. If you are traveling to Edinburgh, be sure to visit The Scotch Whiskey Heritage Center. Here, tourists will have an unforgettable tour, learn about the history and origin of whiskey, distillation methods, types of malt and, of course, try the drink. Hotels in Edinburgh offer a large selection of accommodation for tourists with different budget sizes: from budget hostels and guest houses to luxury hotels. Cheap hotels are located in the Newington Road and Minto Street areas on the south side and on Pilrig Street and Newhaven Road in the north.

The most expensive hotels are located on the West End, Leith, Newington, Old Town and Broughton.