Emir Sultan Mosque is part of the architectural complex, which also includes a tomb and a hamam (Turkish baths). This is one of the many architectural monuments in Bursa, preserved from the middle Ages. In addition, it is a very popular tourist attraction; not only local, but also foreign tourists come here.

The Emir Sultan Mosque is the most important building in the complex. Not only is it well preserved, but also it still fulfills its direct functions: people come here to pray and perform religious rituals. Surrounded by trees, the mosque has a very picturesque view of the city. You can have a good time here, even if you are not interested in religion. Read on to find out about the mosque, how to get there and where to stay nearby.

The Emir Sultan Mosque, which you can see today, was built in 1804 on the site of an old mosque of the 14th century, destroyed by earthquake. Sultan Selim the Third gave the construction order. In general, builders only slightly changed the external and internal appearance, adding only a portico and rooms with three domes. The rest of the mosque is fully consistent with the one on the site of which it was built. In the tomb next to the mosque lies Emir Sultan, the mosque bears his name. He was the son-in-law of Sultan Bayazid the First and at the same time was his personal astrologer. The mosque and the tomb are located on opposite sides of the courtyard of the mosque. A little to the south of the mosque is Hamam (Turkish baths).

How to get to Emir Sultan Mosque

The Emir Sultan Mosque is located in the Yildirim district of Bursa. You can get here by public transport or taxi. The reference point for you can be Yesil Cami (Green Mosque), as it is located just 300 meters in the opposite direction from the city center. 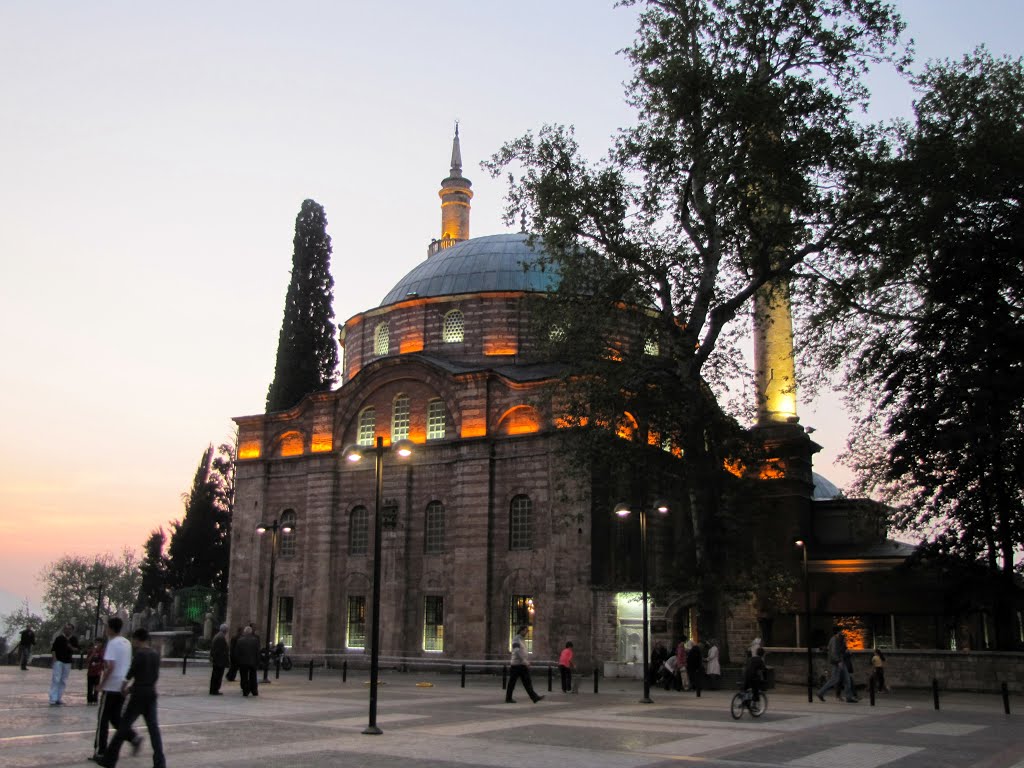 The easiest way to get to the mosque is to buy a tour at one of the hotels or travel agencies. As a rule, the price of the tour already includes a transfer from / to the hotel.

There are no hotels within walking distance of the Emir Sultan Mosque. To find accommodation, you have to go down the hill closer to the city center. If you use the services of a car or taxi, then the nearest hotel will be in front of you after 4 minutes. So, the nearest hotels to the mosque, where you can comfortably stay: Since the Emir Sultan Mosque is a very popular place among tourists, you can easily find many restaurants and cafes around where you can have a tasty snack and have a good time. Among them: