Ephesus ancient city is located on the territory of modern Turkey, within the borders of the city of Izmir. This ancient city is included in the UNESCO World Heritage List, which in itself can be considered a recognition of its great cultural value.

This is one of the most popular excursion tourist destinations. Thousands of tourists come here every year to see the ruins and artifacts of the ancient city.

Ephesus Ancient City is an ancient city considered one of the oldest surviving ancient cities in the world. According to archaeological research in the 10th century BC, the first settlement existed on the site of Ephesus. For centuries and millennia, the city belonged to the Ionians, the ancient Greeks, Lydians, Byzantines and Romans. Each of these civilizations has left its recognizable mark in the appearance of the city. It is in Ephesus that the Temple of Artemis is located – one of the seven wonders of the world of the Ancient World. In addition, the city also perfectly preserved some buildings from the times of ancient Greece and the Roman Empire.

As it is not surprising, but the cause of the decline and desolation of the city became silt. The fact is that throughout its history, Ephesus was one of the main port cities on the Aegean Sea. However, over time, the harbor fell into disrepair due to shoaling and the population began to leave the city. Diseases, earthquakes and Arab attacks on the city only accelerated the process of the desolation of the city. Finally, by the 15th century, Ephesus was completely empty. 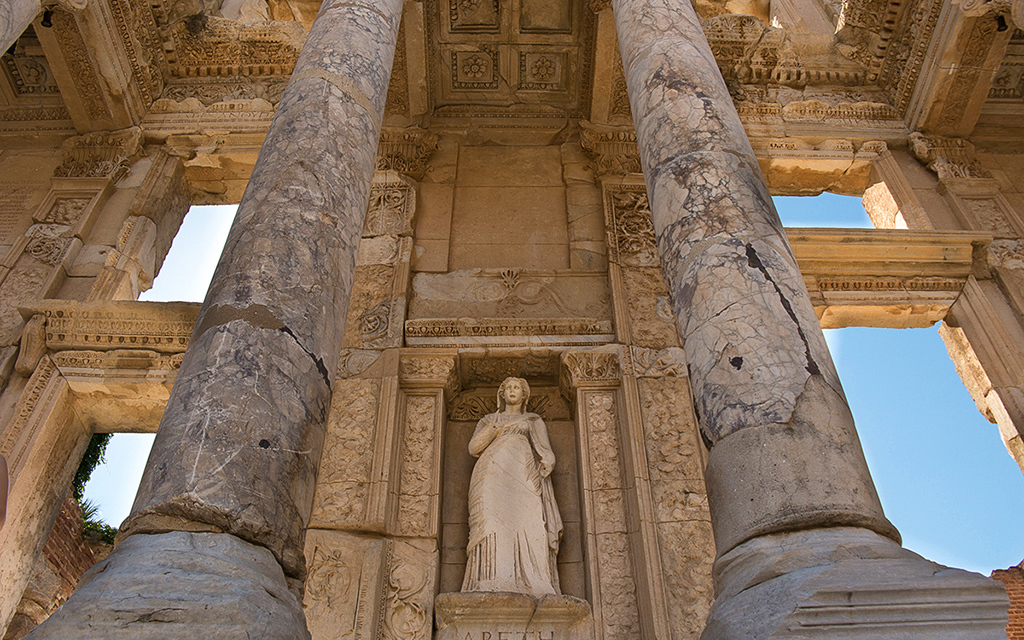 Today Ephesus is a must-see attraction for those who come to the resorts of Izmir.

How to get to Ephesus Ancient City?

If you are already in the resorts of the Mediterranean in Turkey, then it will be very easy to get to the ancient city of Ephesus. The easiest and most obvious way is to buy a tour in one of the travel agencies of Izmir, Kusadasi, Bodrum, Marmaris and others. As a rule, the cost of the tour already includes the cost of transfer in both directions. In addition, such tours are usually also sold at hotels.

If you want to go to Ephesus yourself, then first you need to get to the Selcuk district. Taxi and dolmush (minibus) depart to Ephesus from the main bus station. The nearest hotels to the Ephesus antique city are located in the Selcuk district. Here you can easily find the types of accommodation from the budget to the middle class. If you can’t imagine your holiday without luxurious rooms and an all-inclusive system, hotels in Izmir will be happy to welcome you. Walking around Ephesus antique city you will surely get hungry. You can relax and eat in the nearest cafes and restaurants. Among them: