Eskisehir is a large city in northwestern Turkey. Its population is more than 850 thousand people. To date, the city is among the three cities in Turkey most comfortable for life. At the beginning of the 14th century, the city was the capital of the Ottoman Empire. Translated from Turkish, its name means “Old Town”.

The appearance of Eskisehir combines both antiquity and modernity, which only complement each other and create a harmonious picture. The city has preserved the traces of previous civilizations that lived on its territory. Eskisehir How to get there?

Getting to Eskisehir is very easy by train or bus. Travel time from Istanbul by train will be about 2 hours, by car – about 3.5. From Ankara to Eskisehir also runs a high-speed train, the journey time in it is only 1.5 hours.

There is no airport in Eskisehir, so you can only get to the city by land. Places to visit in Eskisehir

Eskisehir is a city that has witnessed many periods of history. For this reason, there are many historical places to visit in Eskisehir. Many artifacts have been found in and around the city, which are now on display in archaeological museums. In addition, the Porsuk River, which also flows through the city center, attracts tourists with its healing mineral springs.

Sazova Park is located in Tepebasi area. This park is located on an area of 400,000 square meters and is the largest park in the city. Here are located an outdoor pool, cafes and restaurants, souvenir shops, stables, playgrounds and a huge artificial pond. White swans are swimming along the pond, and in the water, you can see fish, which, by the way, are not prohibited to fish here. On the shore of the pond there is a cozy restaurant where locals spend the weekend with their families.

Odunpazari is the oldest district of the city, in which the main historical sights are concentrated. Most of the houses in the area are two- or three-story wooden buildings, painted in multicolored colors. These houses are located in old narrow streets that meander like a small stream. Houses in Odunpazari are one of the best examples of Turkish architecture. 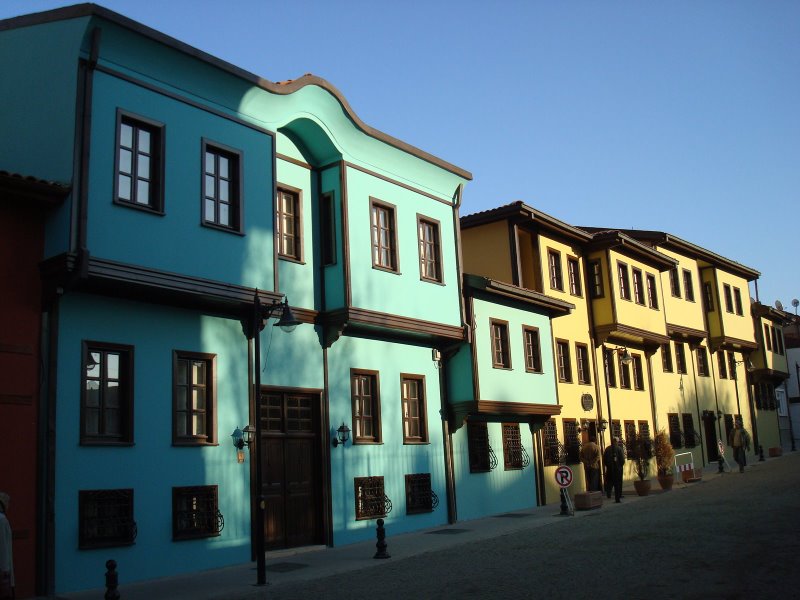 One of the main natural attractions in Eskisehir is undoubtedly the Porsuk River. This is one of the brightest and most beautiful places in the city. The river has become a symbol of the city. On the river you can ride a gondola or boat. Or you can relax in a cafe on the waterfront, drink Turkish tea and enjoy the scenic views. Bridges on the Porsuk River resemble bridges in European cities.