The Fethiye Mosque, or, as it is also called, Pammakaristos Monastery, is located in the Fatih district of Istanbul, near the Golden Horn Strait. This is a magnificent historical monument, an excellent example of a Byzantine church, which, incidentally, there are many in Istanbul. However, the mosque stands out among many. The whole thing is in its surviving amazing mosaics, which are second only to Hagia Sophia.

Former Byzantine Church, a monastery, a mosque, and now a museum, this is what Fethiye Mosque is today.

History of Fethiye Mosque in Istanbul

Fethiye Mosque is a model of late Byzantine architecture, and the date of construction has not yet been precisely established. Many historians agree that the former church was built (or rebuilt) in the 12th century, immediately after the departure of the crusaders from Constantinople, when the Byzantines were engaged in the restoration of the city. 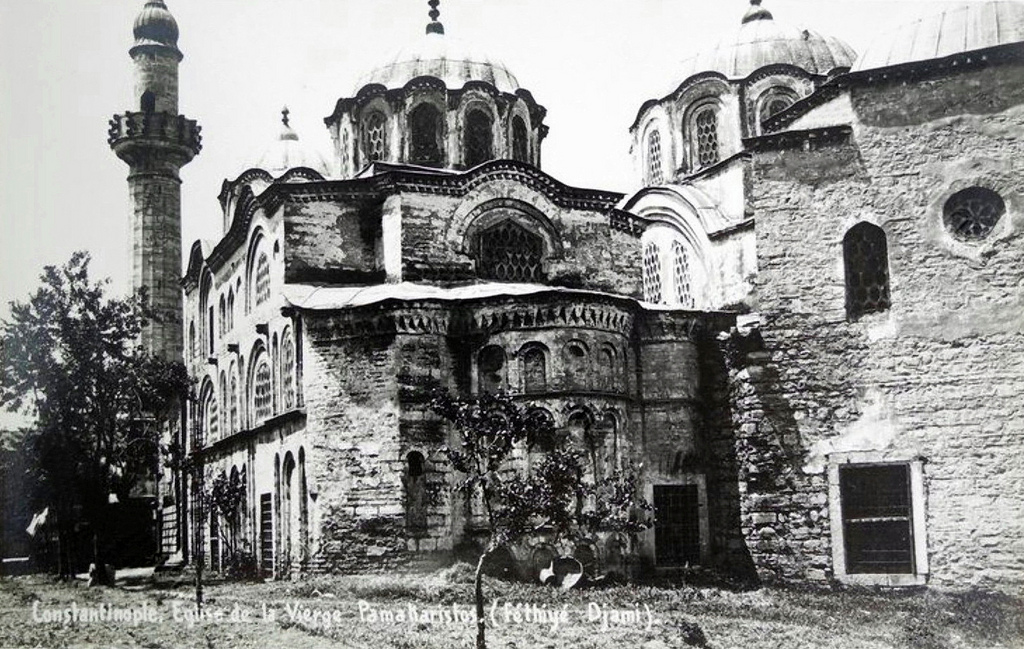 Three years after the conquest of Constantinople by the Turks, the patriarchate was transferred to Pammakaristos church. In 1590, Sultan Murad III turned the church into a mosque, ordering to dismantle all internal partitions to create a prayer hall. Mosaics and frescoes are preserved only in the southern part of the church.

How to get to Fethiye Mosque in Istanbul

The Fethiye Mosque is located in the Fatih district of Istanbul. You can get here by public transport or taxi. First, you need to get to the Fatih area by subway or metrobus, and then transfer to a bus or tram. The nearest bus stops are:

In addition, in Istanbul, you can also easily find car rental offices. So if you have an international driving license and you are not afraid of traffic jams, then rent a car and visit the numerous sights of the city. When choosing a hotel in Istanbul, remember that the hotel is closer to the sights or the historic center, the higher the price per room. However, close to the Fethiye Mosque there are many hotels of different price categories with both luxury and quite budget. Look at the short list of the nearest hotels below: Walking around Istanbul, you can be sure that you will not be hungry. Wherever you are, around you will always be about a dozen different cafes and restaurants, as well as street vendors selling snacks. If after visiting the Fethiye Mosque you get hungry, then go to any of the nearest restaurants from the list below: