The Spanish island of Ibiza has long been known around the world as a synonym for entertainment. The craziest parties are held here, the most popular DJs perform, the most luxurious shops, hotels and beaches, picturesque bays and quiet yoga centers. Hundreds of thousands of tourists from all over the world come here every year to take part in the most fashionable parties and festivals. Read more in our Ibiza entertainment guide.

The festival season in Ibiza peaks in the summer months. It was during this period that the largest music festivals were held on the island. The headliners of the projects are not only world stars of electronic music, but also talented beginners, which the completely musical world will soon learn about. Musical performances take place everywhere: in clubs, on beaches, on yachts and even in city parks. The largest music festivals on the island are Emerging Ibiza Festival and Party Hard Closing Festival Ibiza.

In addition to music festivals, the island also hosts Spanish national festivals. Among them:

During the festival, the city hosts exhibitions of modern and national art, fairs, musical and theatrical performances. This is another of the fest, which will be extremely interesting to tourists. During the festival, carnival processions take place on the streets of the city, where scenes from the medieval life of Spain are played out. For children there are contests and entertainment programs.

This is a famous festival of light. During the festival, the city is literally transformed by the number and brightness of lights and it seems that night never comes here.

If you think that Ibiza is another Mediterranean resort, then you are only partly right. Ibiza is also a large modern European city, where the most fashionable and luxurious clubs and bars are located. The nightlife of the island has long gained fame far beyond Spain, and only the most conservative person on earth has not heard of crazy parties in Ibiza. Are you not one of those? Then welcome to Ibiza! 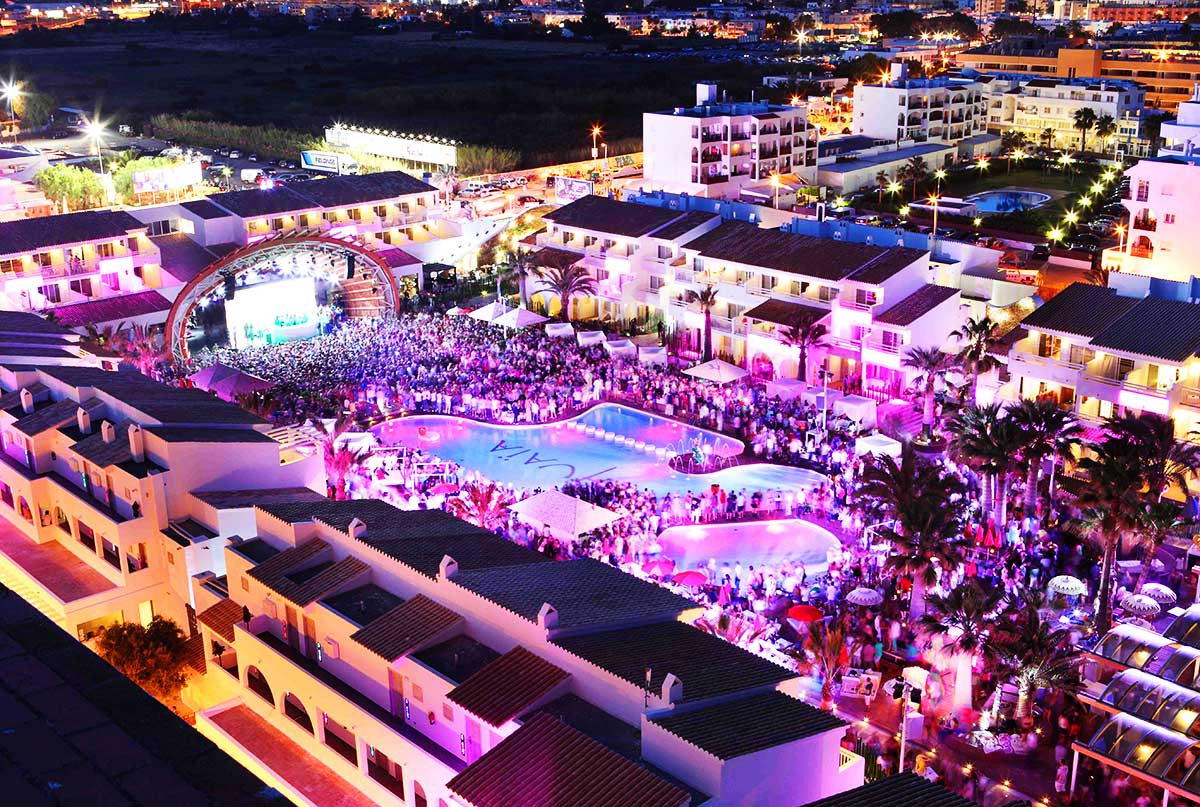 Here you will find a truly wide selection of nightly entertainment. Those who come for the vivid emotions of the dance floor go to the best nightclubs: Pacha, Ushuaia, Heart, Lio, Swag Ibiza, Veto and Bora Bora and others. Entrance to the clubs is completely free (exceptions are only special parties and concerts).

If you are looking for more relaxed entertainment, you can go to one of the restaurants on the waterfront. It offers an excellent Mediterranean menu and a wide selection of drinks.

If you want a little romance, you can go for a walk on a yacht or boat. This is especially popular during festivals when a firework show begins in the night sky.