Ishak Pasha Palace is the largest palace complex in the eastern part of Turkey and the second largest after Topkapi Palace (Istanbul) in the country. Thousands of tourists annually come here to see with their own eyes this beautiful monument of history and architecture, which is also a UNESCO World Heritage Site.

The palace complex is located in a picturesque place in the Turkish province of Agri near the foot of Mount Ararat on a high plateau surrounded on three sides by cliffs. It is interesting that the palace built in the 18th century had an analogue of the modern central heating system and was the first palace in the world with such a system.

The construction of Ishak Pasha Palace lasted almost 100 years, from 1685 to 1784. The Ottoman sultan Ishak Bey gave the order for the construction of the palace complex. His grandchildren completed the construction of the palace. The palace consists of an external and internal courtyards and a residential part, in which there are 116 rooms. On the territory of the complex, there is not only a palace, but also a mosque, madrasah, hamam, harem, kitchen, tomb, bakery, warehouses, armory and other structures. The entire palace was built of stone, each pattern and column were manually carved from stone by masters of that time. The beauty and size of the palace really amaze all tourists. 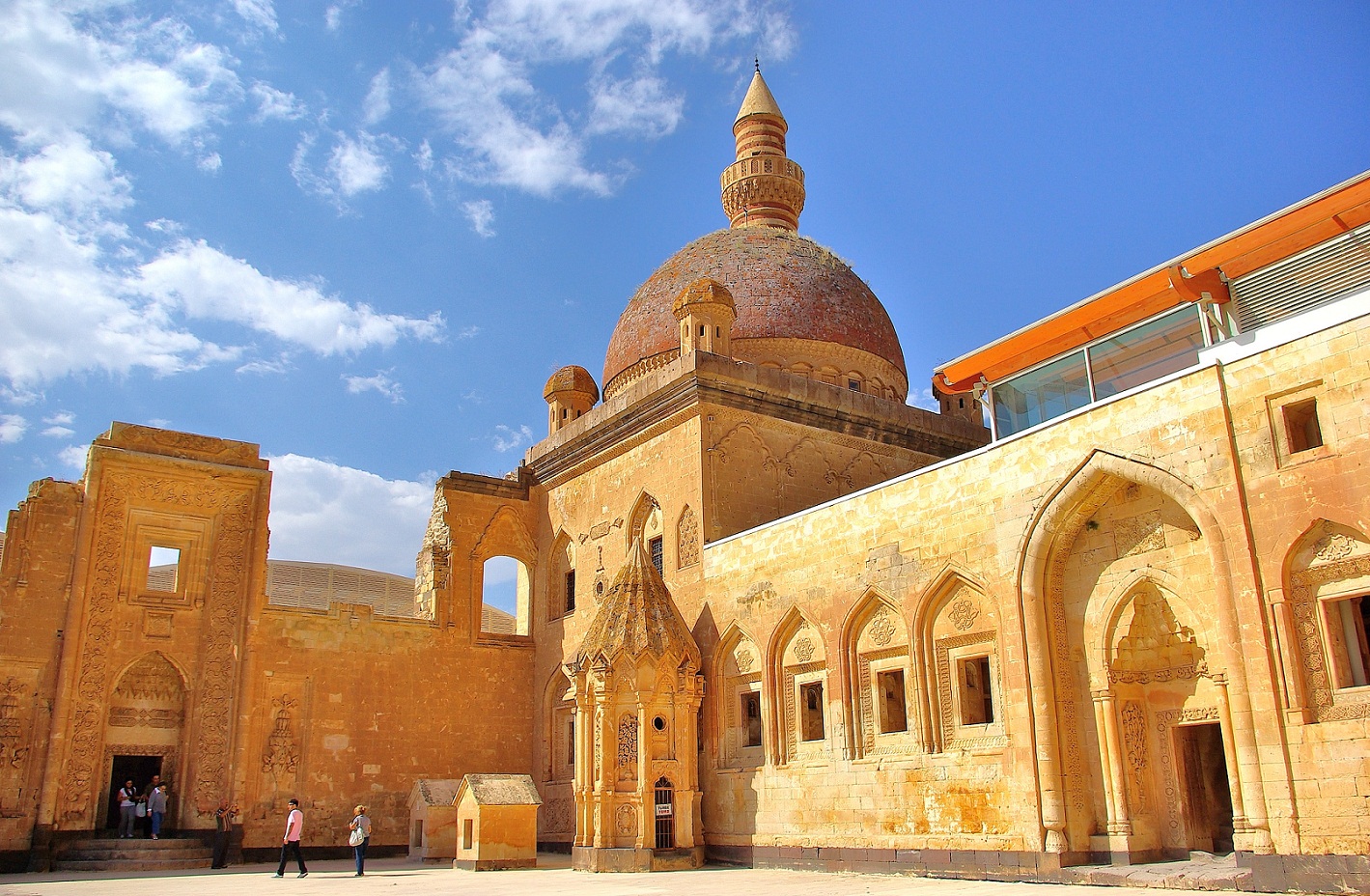 Entrance to the palace is paid. Visiting hours: from 9am to 5pm.

How to get to Ishak Pasha Palace

It will be most convenient for you to get to Ishak Pasha Palace from the nearest city of Dogubayazit. It is located just 5 km from the palace complex. Mini buses (dolmush) run from the city bus station (Otogar) to the palace. If you do not want to wait, you can take a taxi. It is a little more expensive, but fast and comfortable. 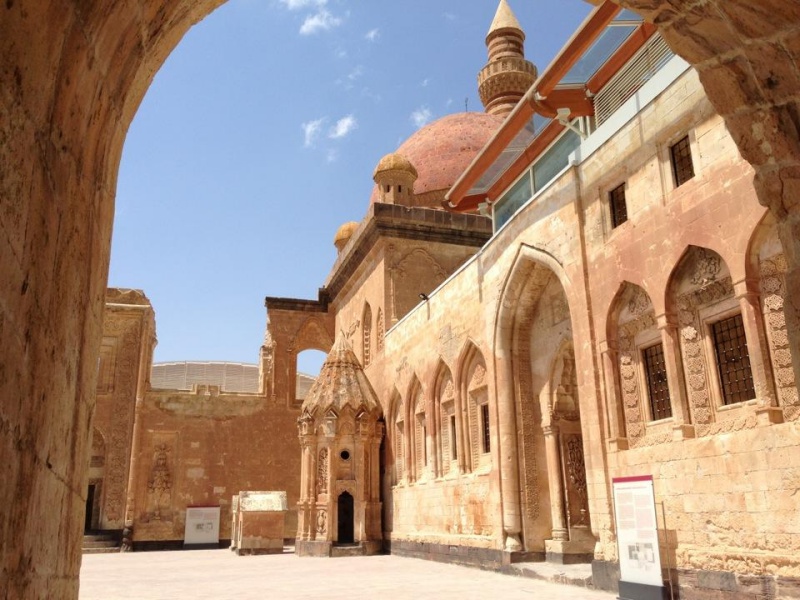 All the closest hotels to Ishak Pasha Palace are located in Dogubayazit. If you use a taxi or a rented car, then after 5-7 minutes you can comfortably stay in any chosen hotel. Here is a short list of some of them: