Istanbul is one of the largest cities in the world and perhaps the most famous city in Turkey. The city, which is traditionally said that it combines the culture of the east and west, Europe and Asia. And this is really true. Before the city was conquered by the Ottomans, it was called Constantinople and was the Christian capital of the world. And many centuries before that, the city belonged to different civilizations, each of which left its mark in the appearance of the city. Istanbul has so many attractions that it is extremely difficult to list them all. We will only try to give a brief description of some of the most interesting sights in Istanbul.

The fortress of Anadolu was built by order of Sultan Beyazit in the 14th century. The fortress is located on the Asian side, in the narrowest part of the Bosphorus Strait. Directly opposite the fortress is another fortress – the equally famous Rumeli Hisari. Both of them played a significant role in the conquest of the city by the Ottomans. The main purpose of building the fortress was to control the movement of ships and attempt to cut off Byzantium from the Black Sea. After the Ottoman Empire conquered Constantinople and took full control of the Black Sea, the fortress lost its strategic importance. Later it was used as a prison. Unfortunately, only a part of the fortress has survived to this day: the tower and part of the wall. Not far from the fortress there is a small park where you can take a rest after exploring the fortress. Anadolu Kavagi is a small fishing town in the Beykoz district of Istanbul. If you want to spend a weekend away from the hustle and bustle of the city, enjoy the fresh and delicious fish and also see the amazing view of the Bosphorus and the city with your own eyes, be sure to come here. Getting to Anadolu Kavagi is very easy. This is the last stop of the ferries, which depart from the pier Eminonu. In addition to the idyllic views and tranquil environment, there is also another interesting landmark: the fortress of Yoros. From here you can see a stunning view of the Bosphorus and the place of confluence of the Bosphorus with the Black Sea. Bakirkoy is one of the most densely populated areas on the European side of Istanbul. Its history dates back to the Roman period. The area is located on the coast of the Sea of Marmara and is one of the most important commercial districts of modern Istanbul.

The most interesting sights in Bakirkoy include: The powder warehouse of the 17th century; the Greek church of the 19th century; the Fildami cistern, where in ancient times the Romans kept drinking water. Bebek district is the most luxurious district of Istanbul. It is located on the European side of the city on the coast of the Bosphorus. Here is the most expensive real estate, the most expensive clubs, boutiques and restaurants. And of course, there are a lot of rich both Turks and foreigners living here who love sailing very much or just love expensive yachts. Bebek is also the most beautiful area of ​​the city. In addition to the magical views of the Bosphorus, there are many rose gardens and parks. And here you can often see the film crew, which shoots the next Turkish TV series. There are also historical sights in the area. Here are the most interesting of them: Rumeli Hisari (Rumeli Fortress); Hidiv Palace (Hidiv Sarayi); Bebek Mosque; and the Museum of Artillery. 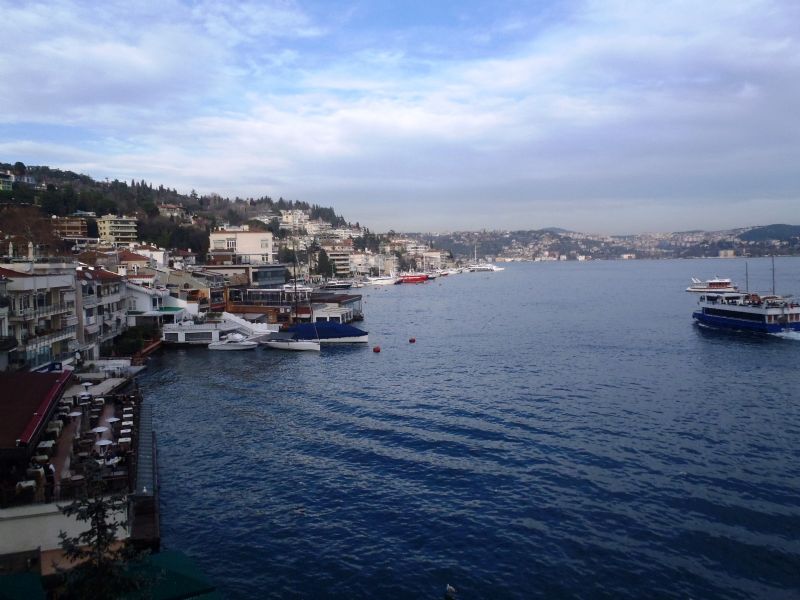 Besiktas is another area of Istanbul, which is located on the European side of the city. This area is especially loved by tourists. Among the most interesting sights in Besiktas are the Dolmabahce Palace, Yildiz Palace, the Ortakoy Mosque and the famous Maritime Museum. Of course, this is only a small part of what Istanbul can offer you. Each district of the city has dozens of interesting attractions, which are not possible to describe in the format of a single article. Come to Istanbul and be sure that the city will not let you be bored.