The exact date of the founding of the city is still not known. Historians have found the very first mention of the city in ancient Greek mythology. Then the city bore the name of Smyrna. However, it is known for certain that at all times the city was the most important port, center of trade and culture. The city has retained this status to this day. At the same time, there are many business opportunities in Izmir. The economy of the modern city includes food, industrial and oil refineries. And of course, a large part of the economy is tourism.

İçerik gizle
1 Izmir How to get there?
2 Izmir What to see?
2.1 Izmir Clock Tower
2.2 Historical Market Kemeralti
2.3 Agora (Market Square)

Izmir How to get there?

Izmir has an airport named after Adnan Menderes. It is located about 20 km from the city center. The airport accepts both local and international flights. From the airport to the city you can get by taxi, bus or high-speed train (Izban).

You can also reach Izmir by bus from many cities in Turkey. For those who want to go by personal car, we recommend choosing the autobahns in the direction of Chanakkale, Bursa, Bolu and Ankara. You can also reduce the distance to the city by ferry and new bridges.

Izmir What to see?

Izmir Clock Tower, which has become a symbol of the city, is located on Konak Square. In 1901, by order of Kamil Pasha, governor of Izmir, a tower was built. Before the construction of the tower, its layout was developed by a famous jeweler from Istanbul, Zingli Usta. The body of the tower is made of white marble, and the remaining parts are made of carved stone. The height of the tower is 25 meters. It is on a four-legged platform, has an octagonal base and four floors. 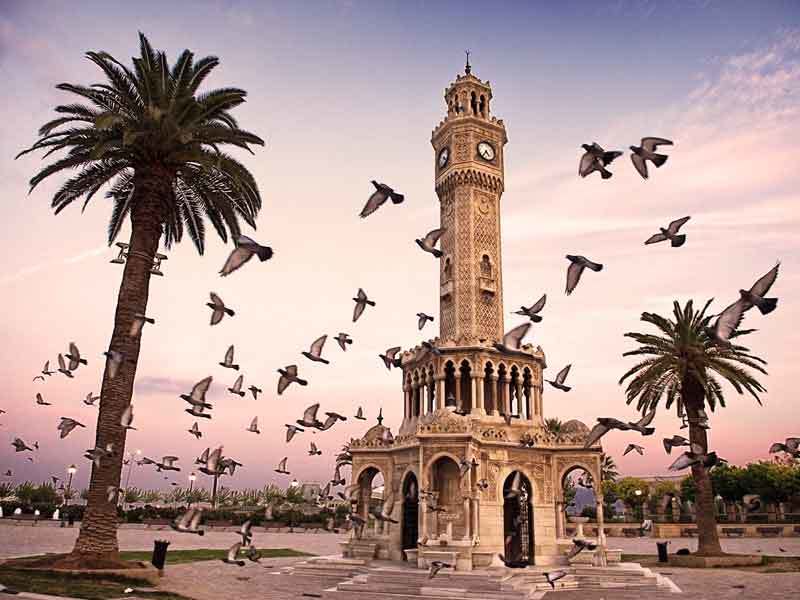 The Kemeralti market is one of the largest historical bazaars that still operate today. Here you can easily get lost for a few hours, bargaining or simply viewing a stunning assortment of leather goods, clothing, carpets and jewelry. The territory of the market is so huge that it contains several attractions. For example, here are located the Hizar Mosque (the largest mosque in Izmir) and the Kizlaragashi-Khan caravanserai. Agora is located in the Namazgah area. It was built under Alexander the Great, and today is an open-air museum. The agora was used up to the Byzantine period and is very well preserved to this day. In the 1920-1940s, archaeological excavations took place here. Many artifacts found during this period can be seen in the Izmir Archeological Museum. 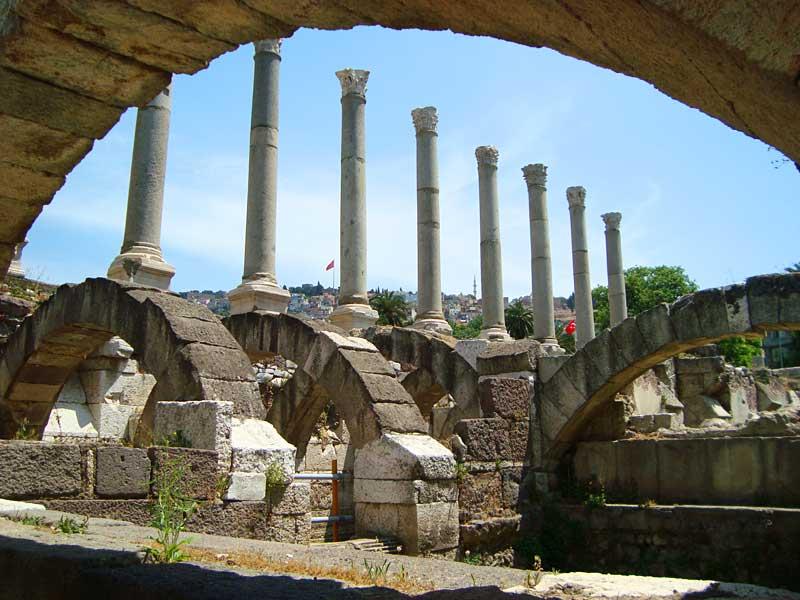