Madrid, the capital of Spain, is the third largest city in the European Union. The city is located on the Manzanares River and is one of the most densely populated cities in the Spanish Kingdom.

Madrid is considered the economic, political and cultural center of Spain. And although the city has no access to the sea, it is one of the most important cities in the country in terms of tourism. Every year, the capital of Spain is visited by hundreds of thousands of tourists to see the amazing architecture, visit the huge green city parks and walk along the elegant boulevards. Read main information and travel tips in our Madrid Travel Guide.

Madrid, Spain How to get there?

The easiest and fastest way to get to Madrid is, of course, flight. Barajas International Airport daily takes hundreds of flights from different cities of the world. Thousands of airlines from around the world carry out direct and transfer flights to the capital of Spain. And in the high summer season, some airlines open additional flights so that everyone can visit this beautiful city.

Barajas International Airport is just 14 km from the city center. So, the journey from the airport terminal to the center takes only about 10 minutes. This can be done both on the subway and on the bus. 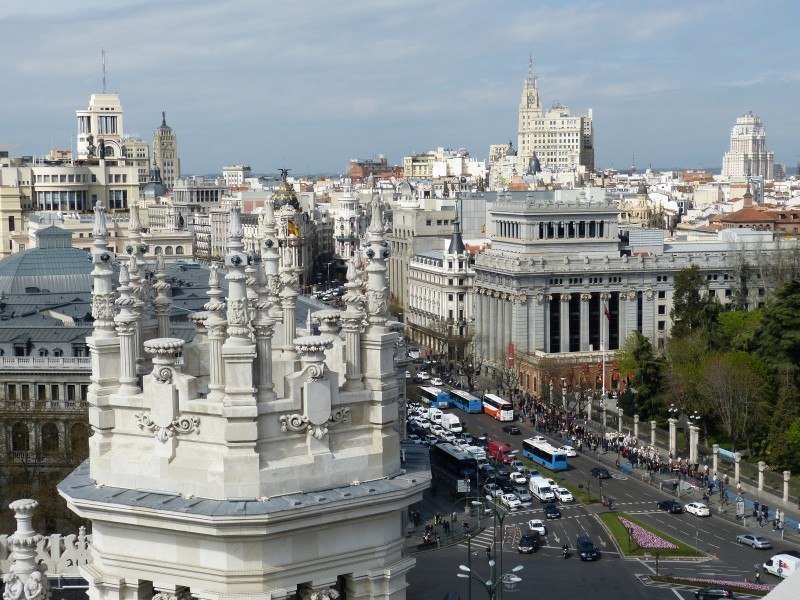 As for urban transport in Madrid, the metro is the undisputed leader in the transport of passengers. Metro in the capital of Spain is very well developed, and the length of the entire line is the largest in Europe. In addition to the metro, city buses and taxis are also available.

Madrid is one of the most important cities in Spain. It combines historical architecture and modern buildings. The great past of the Spanish Empire, its culture and traditions are perfectly preserved here. This is perhaps one of the most beautiful cities in the world, which annually receives millions of tourists from all over the world. The cultural and artistic heritage of the city surprises and fascinates the newcomers. In addition, Madrid has the largest number of bars per capita in Europe and the most active nightlife. There are so many attractions in the Spanish capital that it will be very difficult for any tourist to visit them all. However, to help you in choosing, we have compiled a short list with the most interesting sights of Madrid. Among them: Hotels in Madrid offer their guests accommodation of varying degrees of comfort. In the Spanish capital, every tourist will be able to find a hotel room with any budget size: from luxurious to cheap. Choosing housing, pay attention to the distance from the main attractions. So, even in the historic center of the city, you can easily find a budget hostel or a three-star hotel, not to mention the international hotel chains.