Moscow is one of the most interesting and beautiful cities in the world, which is the 10 most visited. Moscow is the capital of Russia. It is a huge multi-ethnic city with a long history. It combines modern skyscrapers and the ancient Kremlin, crazy nightlife and the silence of city streets, protected forests in the city center and a state-of-the-art science center. In other words, Moscow is a city of contrasts, and every tourist can find here a rest to taste.

As for the sights of Moscow, none of the art historians will be able to reproduce their exact list. The number of museums and monuments here is so huge that a lifetime is not enough to see them all. Numerous exhibitions, theaters, festivals, parks, lakes, walks along the river and much more should be added to this. In short, you will definitely need a plan for your trip to Moscow in order not to miss the most interesting.

İçerik gizle
1 Moscow How to get there?
2 Information about Moscow
3 Hotels in Moscow

Moscow How to get there?

By air. That is how foreign tourists get to Moscow in most cases. There are four airports around the city, at different distances: it is Bykovo, Vnukovo, Domodedovo and Sheremetyevo. The last two are the largest and most popular, they serve most of the international flights. All airports are conveniently connected to the capital by public transport: Aeroexpress shuttle trains, buses, and taxis. By train. There are 10 railway stations in Moscow. In addition, through them you can go to any city in Russia, trains also come here from capitals of Belarus, Ukraine, Latvia, Poland, the Czech Republic, Austria, Italy (from Milan) and France (from Paris and Nice). Moscow railway stations are conveniently located in the city center, in close proximity to the subway stations.

The beauty Moscow is located along the Moscow River and the Yauza River. This is a huge city that continues to grow every year. If you look at the map of the city, you will see that it seems to resemble a section of a tree trunk. The famous rings of Moscow, like the rings at the trunk of a tree, belong to different epochs and each have their own peculiarity in terms of architecture and cultural heritage. The smallest is the Bulvarnoe (Boulevard Ring), which arose at the site of the former fortifications, towers and walls of the White City. Virtually every building located here is a historical monument. Here are the most expensive hotels, restaurants and shops. There are also cozy pedestrian zones, the Kremlin with the Red Square. The next ring is Sadovoe (Garden Ring). It owes its emergence to Boris Godunov. It was this king at the end of the 16th century who ordered its construction to protect the city.

Within the city there is another ring, the largest – the Tretye (Third Road Ring). It appeared on the city map in the late 90s – early 2000s. Local buildings are the architecture of Stalin times, periodically alternating with a temple or a merchant’s house. 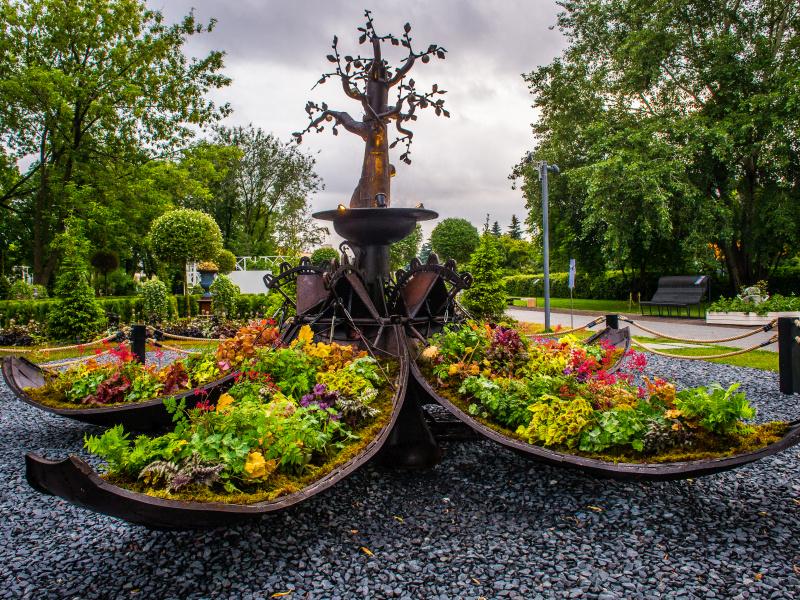 Moscow offers many hotels and other accommodation options of different categories from luxury to quite budget.

The most expensive and luxurious hotels are located within the Boulevard Ring. Hotels with average prices can be found in the Garden Ring, but they must be booked in advance, otherwise there is a chance to stay without a room. Far from the offer center, accommodation is much more, and the price is becoming more profitable.