Mount Ararat will be an excellent option for those who want to spend their vacation actively and simultaneously interesting, enjoying the natural beauties of Turkey. We recommend that you visit Mount Ararat in the Eastern Anatolian region. This is the highest mountain in Turkey. Especially if you are interested in mountaineering, hiking, camping, then you will get to the right place. The mountain is also a participant of many legends. Let’s find out more about this in more detail. Mount Ararat / Turkey How to Get There? 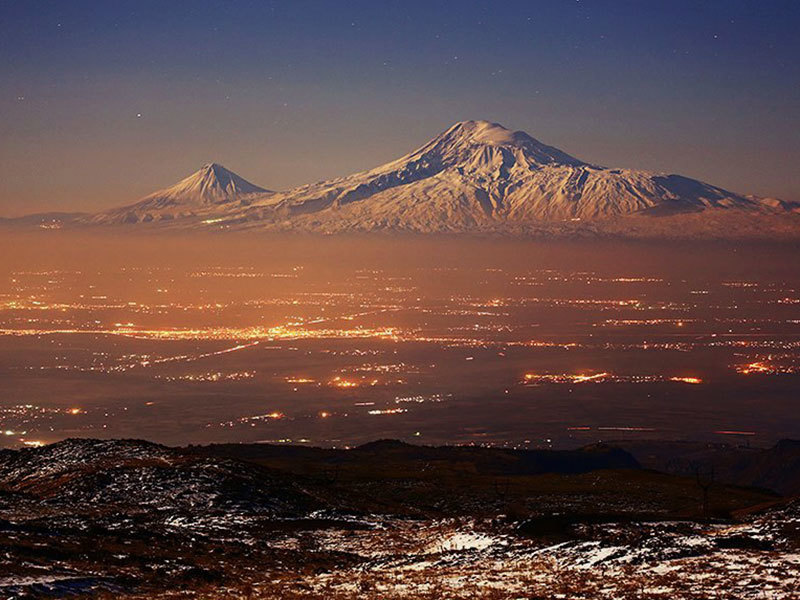 Mount Ararat, known as the highest mountain in Turkey, has a height of 5137 meters. Four seasons endless snow and glaciers frame the mountain top. Mount Ararat is the second largest mountain of volcanic origin in the world. Two peaks of a huge mountain are extinct volcanic vents. Alpine skiing in Turkey is also developing, thanks to Mount Ararat.

The Agri mountain, as it is called in Turkey, was the subject of many legends. For example, many believe that Noah’s ship landed here during the Great Flood. However, no real evidence for this has been found so far. Most of the mountain (about 65% of its area) are in the province of Agri. The rest is in the province of Igdir. Mount Ararat consists of two peaks, the 1000-meter part of each of which is covered with snow and a glacier. This is the largest glacier in Turkey. The highest peak is Atatürk 5137 meters and peak Innunu 5122 meters. These two peaks are separated by the Serdar Bulak saddle. On the slopes of the mountain you can see juniper bushes and dwarf birches. Since there are too many cracks on the mountain, there is no accumulation of water on it. The first mention of the mountain was found in the Torah.

Mount Agri, which is suitable for mountaineering, also has many other options for active recreation and sports. The best season for climbing is the beginning of summer. If you come here and climb Mount Ararat, we suggest you try the unique cuisine of the east of Turkey. It will help to save and increase the energy necessary for mountain travel. If you decided to see Mount Ararat with your own eyes, then you will definitely need a hotel. Those hotels that we picked up for you are in Dogubayazit, the nearest town to the mountain. All the hotels are very clean, cozy, and have excellent service.