Nene Hatun Historical National Park in the Turkish city of Erzurum is named after Nene Hatun, a heroic Turkish woman who showed great courage in the Ottoman-Russian war of 1877-1878. Nene Hatun Park, located in the eastern part of the country has an area of 387 hectares. The park received the status of the National Park in 2009. It is of great importance for the region in terms of culture, history and tourism.

Nene Hatun, whose name is named National Park, entered Turkey’s history as a symbol of the greatest heroism. During the Ottoman-Russian war of 1877-1878, when the enemies came close to the city bastions, with the intention to seize the city, little hope remained. However, the young girl Nene Hatun, who was then 20 years old, gathered people in the face of the enemy and together they defended the city of Erzurum before reinforcements came, defeating the enemies. After the death of this heroic woman in 1955, she was buried near the bastion of Aziziye in Erzurum. At the exit from the National Park, you can still see her stone tomb. 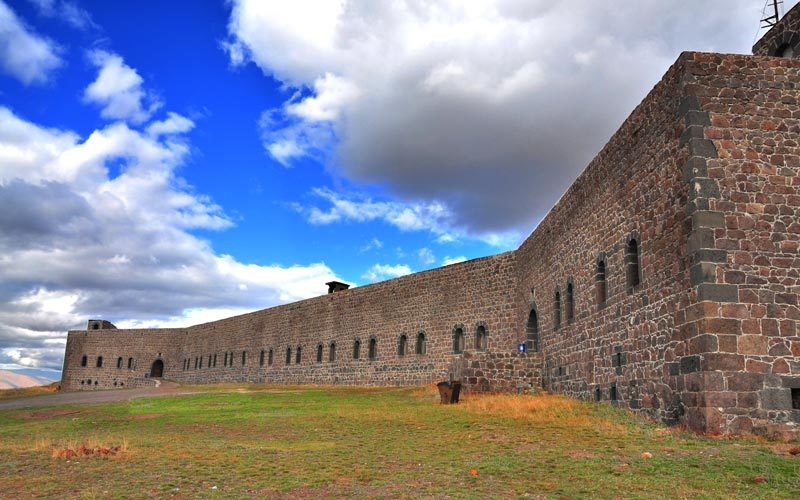 Nene Hatun Historical National Park also has a rich natural heritage. In the national park, there are many rare species of plants and trees, and wild animals live here constantly.

The park is open to visitors every day from 8 am to 6 pm. The park is perfect for cycling and hiking, relaxing with children and observing wildlife. The cost of admission is 5 TL (about $1).

How to get to Nene Hatun Historical National Park

Nene Hatun Historical National Park is located just 6 km from the city center, so getting here is quite simple. You can do it by public transport or a taxi, or you can rent a car at any rental office in Erzurum. The journey time to the park will be 15-20 minutes. The choice of hotels in Erzurum near Nene Hat Historical National Park is quite large. At the same time, you can find any type of accommodation from the most luxurious to the most budget. Check out the shortlist hotels below:

Finding a cozy restaurant near Nene Hatun Historical National Park is also easy. A varied menu of dishes and drinks, cozy interiors and beautiful views of the city – this is what awaits you in the nearest restaurants and cafes. Among them: