Many buildings in the city are included in the UNESCO World Heritage List. Everyone who comes to the capital of France finds entertainment here to his liking. The city is able to satisfy any request of a tourist who will undoubtedly leave a piece of his heart here and will certainly want to return here.

İçerik gizle
1 Paris How to get there?
2 Sights in Paris
3 Hotels in Paris

Paris How to get there?

The city hospitably receives all tourists. In its vicinity are three international airports: Charles de Gaulle, Orli and Beauvais. Dozens of airlines fly daily to Paris. You can get to the city center by high-speed train, bus or taxi. In addition, Paris is a major railway junction, on its territory there are 7 railway stations. In addition, comfortable buses leave the capital of France from the major cities of most European countries.

Paris is divided into 20 municipalities; the numbering is spiraling clockwise from the center. The most popular tourist areas are from the 1st to the 8th, as well as the 16th.

In the 1st, 4th and 7th districts are the most popular attractions. In the 1st district are the Louvre, the Tuileries and the Palais Royal. It is also a paradise for lovers of shopping and antiques. The historic center of the city is the 4th arrondissement, on its territory Notre Dame de Paris, the Place des Vosges, the House-Museum of Victor Hugo are located. And the 7th arrondissement is on every tourist booklet about Paris, here is the symbol of the city – the Eiffel Tower.

The 5th arrondissement, where the Pantheon is erected – one of the busiest in Paris, includes a part of the Latin Quarter. Tourists are actively resting day and night in the Champs Elysées in the 8th district. In the 2nd, 3rd and 6th districts it is noticeably quieter, and there is something to look at: Opera Comic, Palace Bronyar, Mare quarter, Luxembourg Palace.

Here are some other sights of Paris that you can visit: In hotels in Paris, you can find accommodation for any size of the budget from economical guesthouses and hostels to luxury apartments. The cheapest option is hostels, where in the room live from 2 to 6 people. If you are traveling by company or with your family, you can rent an apartment. And of course, at your service numerous hotels in Paris. Remember that the closer the hotel is to the city center, the more expensive it is. You can find the cheapest hotels in the 6th, 7th and 9th districts. When choosing a place to stay in the suburbs of Paris, you should know in advance how to get to the center and calculate the cost of transport so that they do not exceed the difference in cost of living. 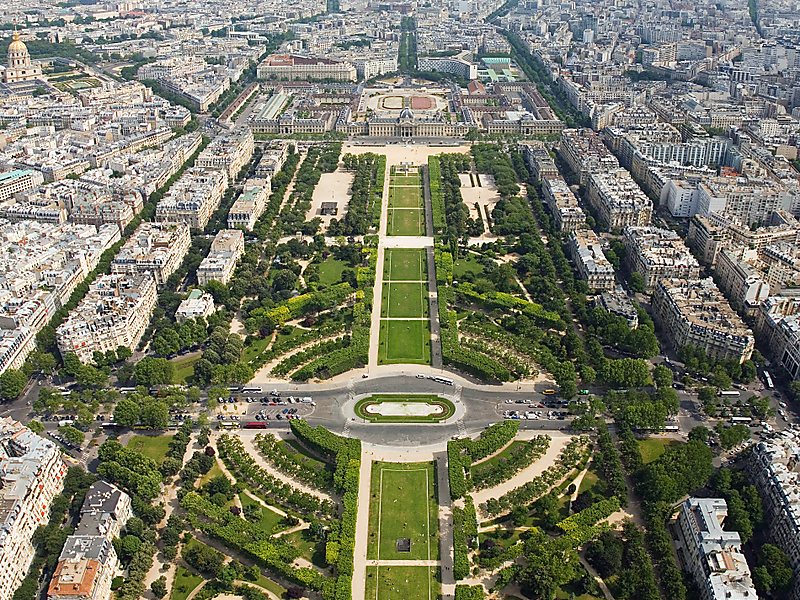