The majestic Pertek Castle towers on the island over the waters of an artificial lake and makes an incredible impression. This is probably one of the most picturesque views in the Turkish province of Tunceli, located in the eastern part of the country.

Pertek Castle is one of the main and most recognizable sights of the province. Both local and foreign tourists come to Tunceli to see the castle. Next to the castle, there is a ferry service between Elazig and the Pertek district, which offers a magnificent view.

The exact date of construction Pertek Castle is not known. However, historians suggest that construction was completed in the 11th century, during the reign of the Seljuks. It is known that in the days of the Ottoman Empire (about the 16th century), the castle was reconstructed. This is noticeable even now with an unarmed eye on the difference in the materials used. All historians agree that the castle served as a defensive and protective function. It is believed that it was used to control and protect nearby copper mines. Initially, the castle was on land. However, in 1974, after the construction of a dam on the Murat River, the nearby lands were flooded, creating an artificial lake.

Today, local authorities are addressing some organizational and infrastructural issues in order to turn a castle tours into the most popular tourist destination.

How to get to Pertek Castle

Since Pertek Castle is located on the island, you can only get there by boat or ferry. To do this, you must first come to Tunceli, then go to the Pertek area and then follow the road to the Kaledibi area. Next you have two options. The first is to wait for the ferry from Pertek to Elazig and board it. However, keep in mind that the ferry does not make a stop on the island with a castle, so you can only look at it from far. The second option is private boats. Locals at the pier will offer you a round-trip transfer for a small fee. Therefore, before visiting the castle, make sure that you have cash. The nearest hotels to Pertek Castle are always ready to offer excellent service. There are many options, both in Tunceli and in the neighboring province of Elazig. Thermal Hotel is especially popular in the Pertek area. Besides it there is: 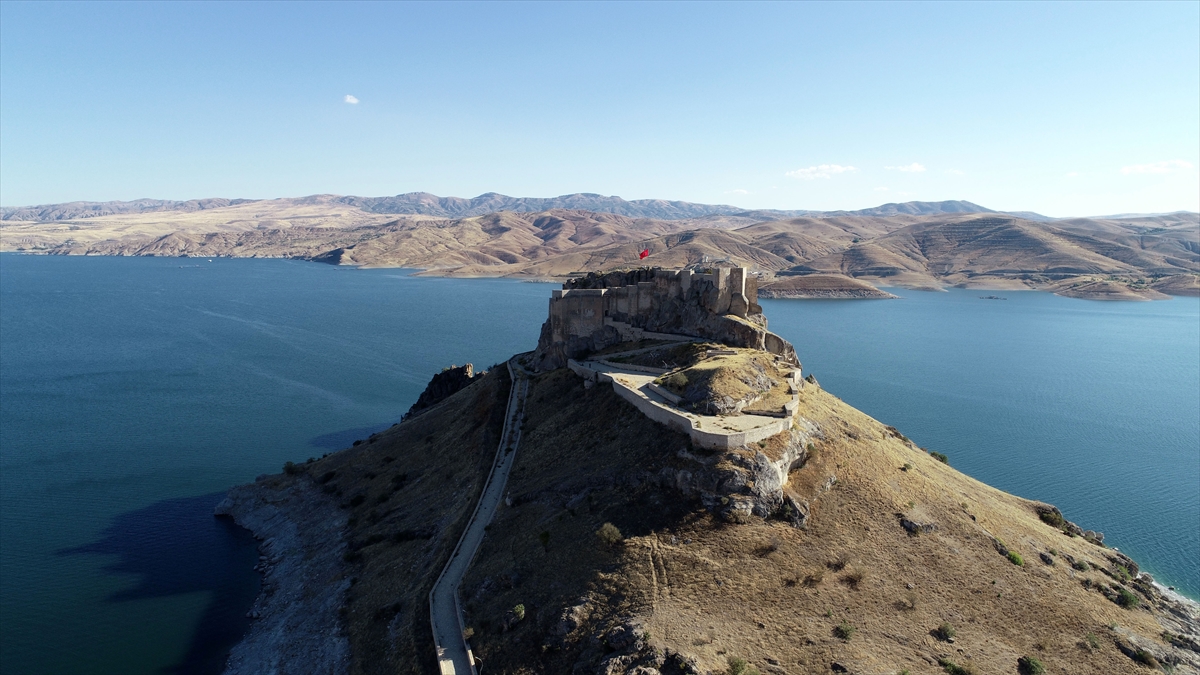 In the vicinity of Pertek Castle there are not as many restaurants as we would like. But in the area you can easily find small shops where you can buy some snacks. The main part of the restaurants and cafes is located in the center of Tunceli and in Elazig. Among them: