Quebec City is one of the oldest cities in Canada and all of North America. The city is also the capital of Quebec. The population of the city is only 500 thousand people, but despite this, the city has played and plays a large role in the history of Canada.

Quebec City was founded in 1708 as a French colony. In many ways, the city is similar to a medieval European city. First of all, this contributes to the architecture, which has been preserved to this day. In the city, as well as throughout the province, the only official language is French. Quebec City is a fairly popular tourist destination, especially in June and August. During this period, thousands of tourists from different countries of the world come here to see this beautiful city with their own eyes.

How to get to Quebec City, Canada?

The easiest way to get to Quebec City is by plane. Quebec City Jean Lesage International Airport is located about 25 minutes west of the city. Daily the airport serves regular flights from major cities of Canada, New York, Detroit, Chicago and Paris. Tourists arriving from other cities usually use flights with transfers. You can also get to Quebec City by train. Daily trains from various cities of Canada and from New York arrive at the Central Railway Station. From New York you can also travel to Quebec by bus, car or ferry. Such a trip will certainly take more time, and is suitable for those tourists who have a large stock of time.

Quebec City impresses newcomers with its unique architecture, culture and traditions of life. The city is a focus and reflection of the lifestyle of the locals. It is safe to say that Quebec is not Canada, but neither is France fully. And it is this authenticity and identity that makes the city so attractive for tourists.

Of course, not a small role is played here by amazing architectural objects. But the city is also rich in natural and cultural attractions. To help you navigate in a huge number of interesting places, we have compiled a list of the must-see sights in Quebec City. Among them:

No less interesting are the city Aquarium, Zoo and suburban parks with huge waterfalls 120 m high. When choosing a hotel in Quebec City, consider your plans and goals on vacation. The main part of the hotel is located near and in the center of the Old Town. Hotels here are located within walking distance of the main attractions, but prices are much higher than in the whole city.

The Old Port area is ideal for those tourists who want to shop. The area Haute-Ville is chosen by those who prefer to visit museums, theaters and exhibitions. 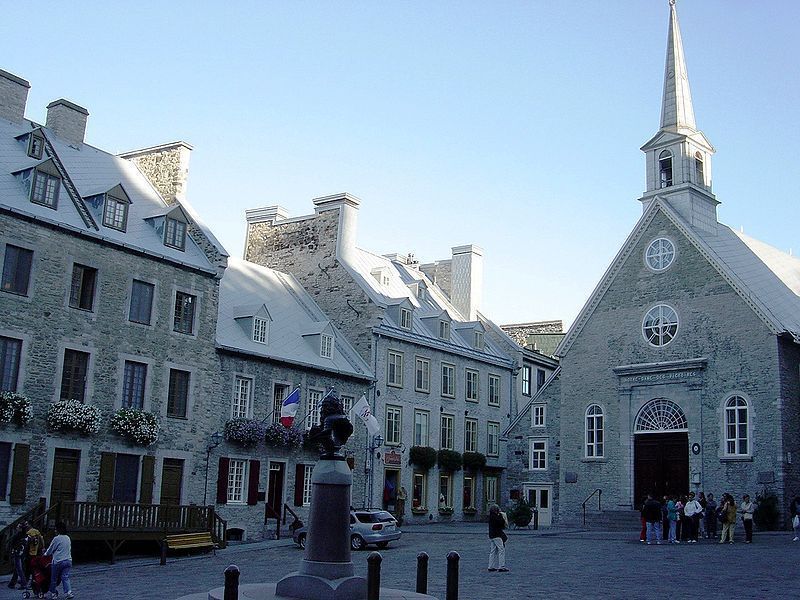 In general, Quebec City has a large selection of hotels, apartments and hostels in different price categories. However, if you are traveling to Quebec during holidays or during the high season, we recommend booking a room in advance.