Resadiye Mosque is located in the center of the Turkish city of Eskisehir in the Odunpazari district. It is one of the oldest and most recognizable buildings in the city. It is also the largest mosque in Eskisehir. Despite its great age, the mosque is still open to believers. In addition, of course, tourists and guests of the city often drop in here.

Resadiye Mosque is an excellent example of Ottoman architecture. In every detail, in every element of the decor, from porticoes to domes and minarets, all contain recognizable features of the construction of the times of the Turkish Sultans.

The mosque was built in 1916 by order of the Sultan Resad. It is interesting that in 1979 the mosque was completely rebuilt, however, it retained its original appearance. 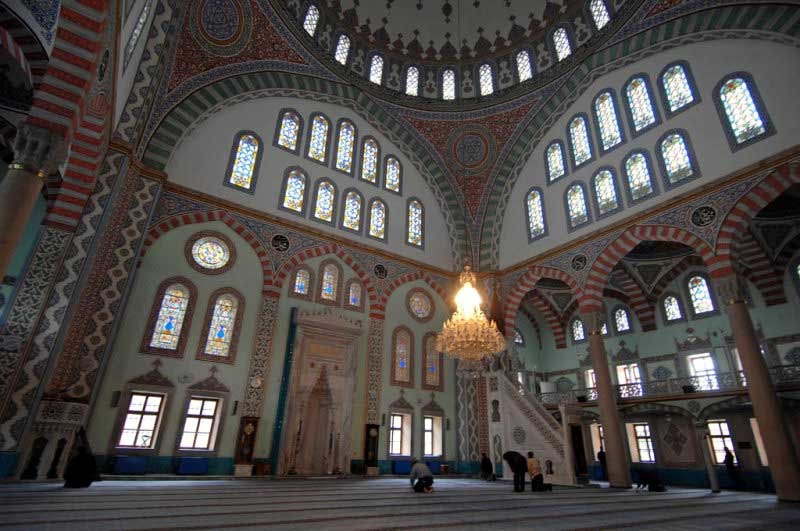 How to get to Resadiye Mosque

The area where Resadiye Mosque is located is one of the most populous points of the city. The roads of many types of public transport converge here, and there are always many people on the sidewalks. That is why it will not be difficult for you to get to the mosque. It can be reached on foot from Doktorlar Caddesi Street and Adalar Bolgesi Street. You can also reach the mosque by bus, tram or taxi. Finding a hotel in Eskisehir is not difficult. To do this, you just need to look around. This is especially true of the central part of the city, where Resadiye Mosque is located. It is worth adding that Eskisehir hotels offer a large selection of accommodation in a wide range of prices. There are luxury rooms and hotels with exclusive interiors, as well as budget options. Among the nearest hotels to the mosque are: In Turkey, it is simply impossible to stay hungry. This fully applies to any city, including Eskisehir. Near the mosque, you will see countless cafes and restaurants, as well as small eateries and street vendors who sell simits (Turkish bagels), roasted chestnuts, mussels, boiled corn and more. However, if you want to try something special look at the short list of restaurants below: