Built on seven hills in the center of Italy, Rome has a three-thousand-year history. It is the capital of Italy and one of the most densely populated cities in the world.

The city annually receives millions of tourists. Rome is as old as young. The city saw the rise and fall of one of the greatest civilizations of the planet. Not surprisingly, its entire historical center is declared a UNESCO World Heritage Site.

İçerik gizle
1 Rome How to get there?
2 Sights in Rome
2.1 Ancient Rome
2.2 Squares and Fountains
2.3 Churches and cathedrals
3 Hotels in Rome

Rome How to get there?

Of course, the most convenient way to get to Rome is by air. Direct scheduled flights are available from almost all major cities in the world. If there are no direct flights from your city, then look for options with transfers. The main international airport of Italy is Leonardo da Vinci Airport, or Fiumicino Airport. From there, you can get to Rome by taxi, high-speed train or tourist shuttle. By train. The main Roman railway station Termini meets daily dozens of trains from different cities of Italy and France. Unfortunately, there is no railway connection between other countries.

By sea. You can also reach Rome by sea. From the international cruise port of Civitavecchia to the city center, you can take the high-speed train in an hour. Here come small ferries from the coastal cities of Italy, ocean liners and cruise ships plying the Mediterranean Sea from Spain, Tunisia, as well as from the major islands – Corsica, Sardinia and Sicily.

Every time, going from a hotel to a predetermined point on the map, you will again and again be distracted, stop and be surprised by unexpected findings. It is difficult to offer a universal route that allows you to cover as much as possible. Try to book a private tour. Another option is a walk based on books or movies. And you can arrange the Day of the Roman Fountains or the Day of the Roman Archeology. Choose for yourself. One of the main advantages of the excursion program in Rome is that the main objects are located relatively close to each other. Here are the main places to visit: Be prepared for the fact that you will meet huge crowds of tourists here, especially during the season. Required to visit:

This is perhaps the most numerous groups of attractions. There are too many churches in the old part of Rome, and each one can tell an interesting story. Of course, one cannot miss the Cathedral of St. Peter, Il Gesu, the Basilica of Santa Maria Maggiore, the Lateran Basilica. Usually they don’t take money for entering the church, but donations are approved. 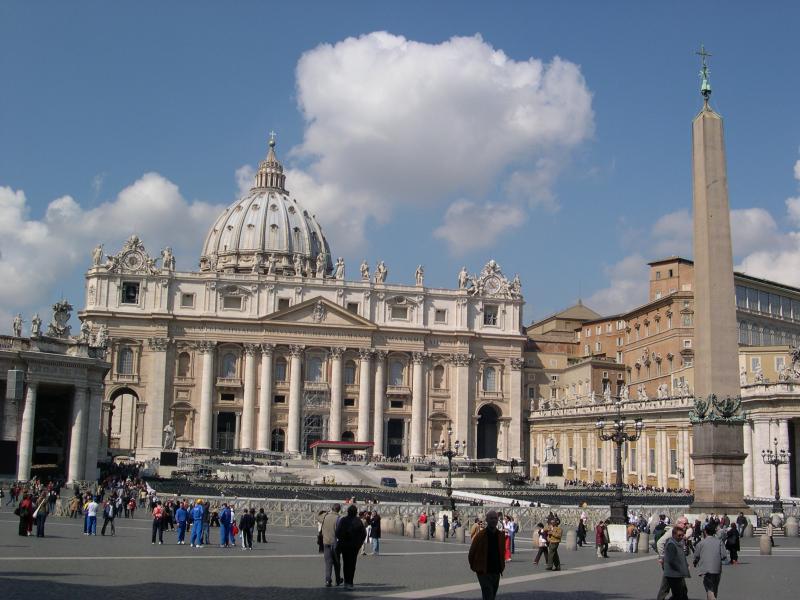 Hotels in Rome offer a wide selection for tourists. The main place of concentration of hotels in the city is the place around the main railway station. Also, there are many hotels in the area of the square Campo de Fiori and the Pantheon. Unpretentious travelers should consider the option of accommodation in local hostels, mini-hotels and guesthouses. It is very economical, most often it is friendly and cozy. Hotels, as a rule, compete with each other, including in price policy, therefore, it will not be difficult for you to find a suitable price.