Sarahatun Cami Mosque is one of the most important and impressive mosques in the eastern region of Turkey. The original architecture distinguishes it from many other mosques. The mosque has a square shape with a dome on 4 thick columns. These columns are interconnected by arches that provide a special look to the external interior.

Sarahatun Mosque is the most famous landmark of the small Turkish city of Elazig. It is of great interest to those interested in the Muslim architecture of the middle Ages. The mosque still serves its intended purpose, and from its only minaret calls to prayer are heard 5 times a day.

Sarahatun Cami Mosque was built in the 15th century. It is a unique example of Ottoman architecture. The order to start construction was given to the mother of Sultan Uzun Hasan, Sara Hatun. Originally the material that was used for the construction was wood. Later, during the time of Sultan Murat III, the mosque was restored and the main material was replaced with stone. So in 1843 the mosque acquired its present form. 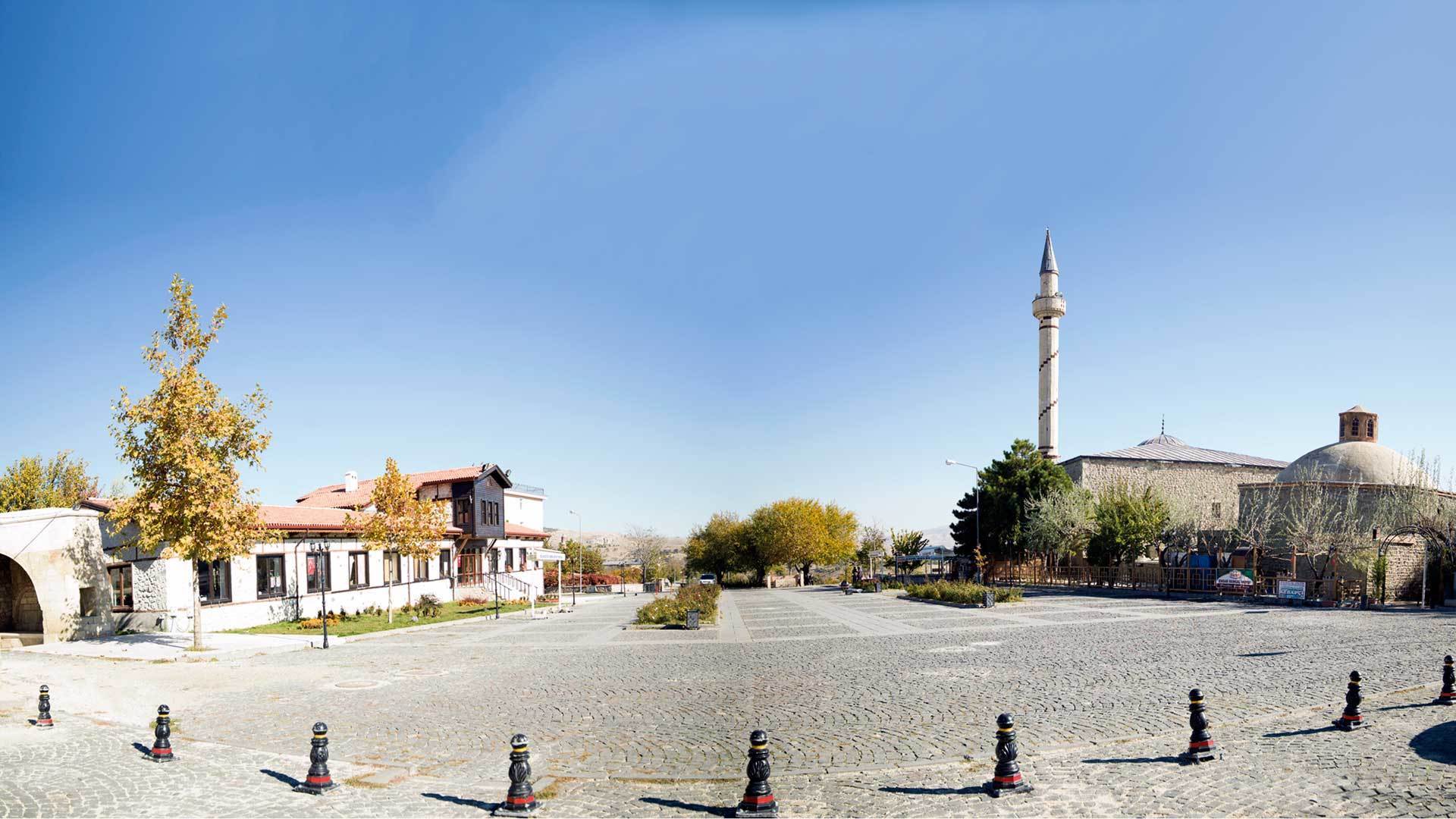 Mihrab of mosque was built of white stone. Inside the mosque you can see painted walls. These are mainly geometric and floral patterns. The only minaret of the mosque is also made of stone. Now it is not known for certain whether other structures in the complex with the mosque existed in the original construction plan. Only the mosque and its courtyard with fountains for washing before prayer have survived to the present day.

How to get to Sarahatun Cami Mosque

Sarahatun Cami Mosque is located 10 minutes from the city center of Elazig, so getting here is easy. You can do this both by public transport and by taxi. The nearest stop to the mosque is the Harput Mahallesi bus stop. Hotels in Elazig are ready to offer guests of the city accommodation for every taste and budget. You can choose a room in a luxury hotel and enjoy unique and expensive interiors. On the other hand, you can get an inexpensive, but cozy room in a guest house where you will stay overnight, and spend the day visiting interesting sights of Elazig, of which there are many. The choice is yours. Among the closest hotels to the Sarahatun Cami Mosques are: