Tokat is one of the oldest cities in Turkey, located in the Black Sea region. The city has no direct access to the sea, it is adjacent to the cities of Amasya, Samsun, Ordu, Iozgat and Sivas. According to the latest census data, the population of the city is about 120 thousand people.

History of the first settlements in the territory of modern Tokat dates back to the first millennium AD. The first city here was founded by the Byzantine emperor Heraclius after his victory over the Persians in 628 and is named after his sister Evdokia. Later, the city passed into the possession of various kings and civilizations, among which were Artsrunids and Bagratids, Turkmen and finally Ottomans. The city has preserved many interesting monuments of its thousand-year history, to which thousands of tourists come every year.

Tokat How to get there?

Tokat has its own airport. This is a small airport in the region, accepts only small aircraft of local airlines. The nearest international airports are located in Sivas – 71 km, airport Merzifon (Amasya) – 92 km. From the airports to the center of Tokat can be reached by bus or rent a car. You can find car rental offices in the airport’s arrival terminal. In addition, you can get to Tokat by intercity bus leaving the bus station of any Turkish city. As a rule, flights to Tokat depart every day at intervals of 1-2 hours.

The oldest name of Tokat – Comano is known from the ancient Byzantine period. Subsequently, the city, known as Evdokia or Dokia, became known as Dokat. Finally, the city under the rule of the Ottoman Empire got its modern name Tokat.

The city, which has collected traces of many ancient civilizations, attracts attention with its historical monuments. In addition to this, the city also has beautiful natural attractions, including lakes, hot springs, caves and hiking trails. Some of the attractions we will give a brief information below. 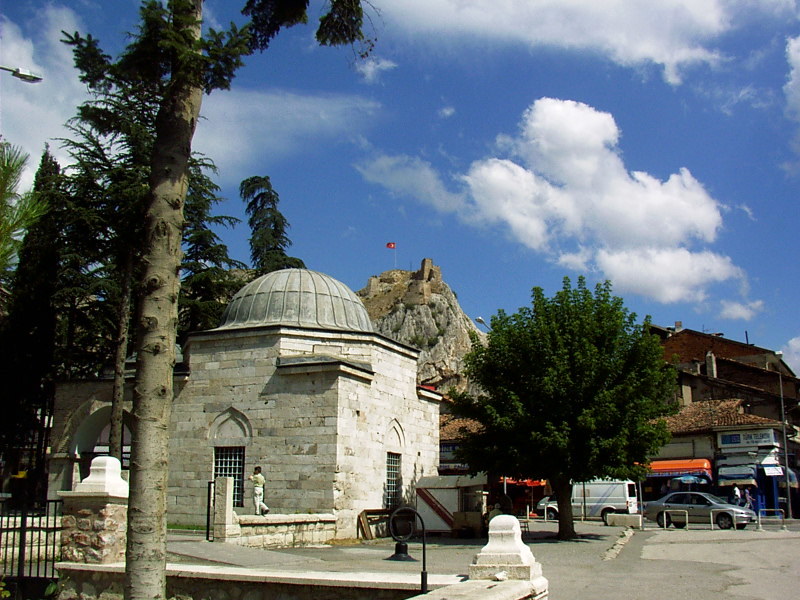 Ballica cave, which was formed about 3.5 million years ago, is called the eighth wonder of the world. The cave is located 28 km from the center of Tokat. Inside the cave are stalactites and stalagmites of various bizarre forms. The cave consists of large halls, which were formed as a result of corrosion under the influence of water, and tunnels connecting these halls. The cave is inhabited, there live several colonies of bats. This ancient city, located in the district of Sulusaray, which is located 70 kilometers from the center of the city of Tokat, has been preserved since Roman times. For the first time, the city was settled in the Bronze period, the Hittite period and the Phrygian period. The excavations of the ancient city helped to find stone walls, church, an ancient bathhouse and a medical health center, in which the floor was covered with mosaics. Today, the ancient city is an open-air museum. Sulusokak is the old center of Tokat. We can say that here historical monuments are located every 100 meters. In this area are the Ulu Mosque, Sultan Baths, Ali Pasha Mosque, Tokat Museum, Takyeciler Mosque and many other attractions. Surprisingly, Sulusokak retained the historical appearance of the city of past centuries. The old center is within walking distance of the Tokat Administration building.