Troy ancient city is widely known in the world thanks to Homer’s poem Iliad. The famous legend about the Trojan horse, numerous films and books regularly stir up the interest of the public in this ancient city. Antique Troy is located in Turkey, near the city of Canakkale. Troy is one of the most famous ancient cities in the world. In 1998, UNECSO included the city in the world heritage list. Scientists believe that the Troy have more than 3,000 years. Archaeologists who are engaged in the excavation of the ancient city counted 9 cultural layers, each of which belongs to a separate civilization.

For a long time, the existence of Troy ancient city was considered only a myth. Scientists had no other clues about where to look for Troy, except for the descriptions of Homer in the poem. According to them, the city should be sought in Asia on the shores of the Dardanelle Strait. Finally, in the 19th century, the archaeologist Heinrich Schliemann, who began excavations near the city of Canakkale, discovered an ancient city.

Troy is one of the largest ancient cities. The city is located on a hill overlooking the coast. Such a location of the city was his luck and at the same time the cause of destructive wars, which led to the fact that the city was rebuilt several times. Excavations and archaeological research in the ancient city of Troy are still ongoing, they are being carried out by the University of Tubingen.

How to get to Troy Ancient City?

Those who travel to Troy from abroad are likely to choose the flight as the easiest and fastest way to get to Troy. Canakkale Airport serves only domestic flights, so you have to choose a connecting flight in Istanbul or Ankara. The city center is only 30 km from Troy. Every hour a bus leaves from the center to the antique city. In addition, you can also take a taxi, or rent a car. Travel time takes about half an hour. A visit to Troy is a few hours of fascinating walks through the ruins of the ancient city. In case you want to stay for the night, the nearest hotels to Troy Ancient City will be happy to offer you their services. Among them: 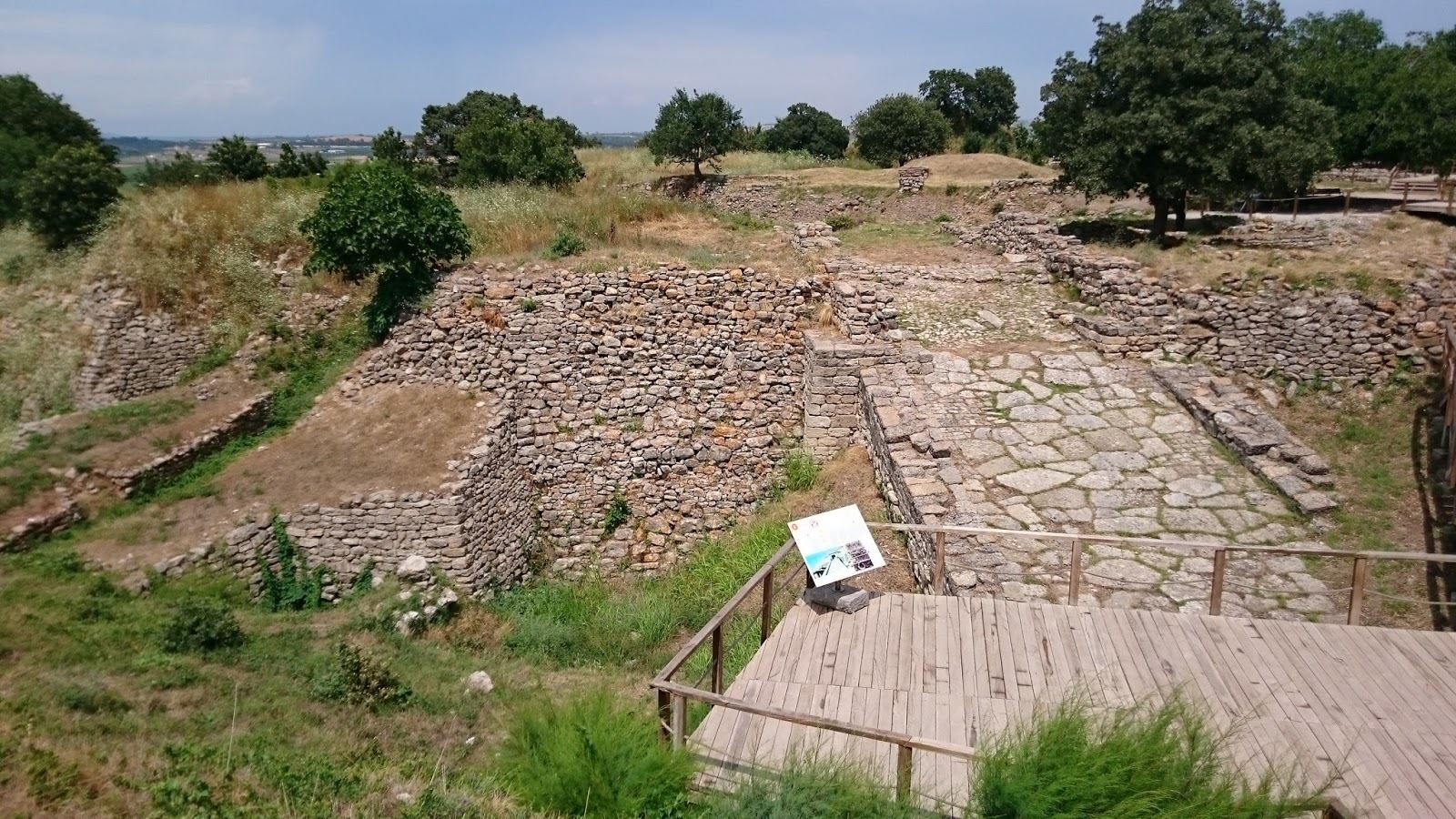 There are enough restaurants in Troy so that you can find and taste various dishes and drinks of Turkish cuisine. Among them are restaurants at hotels and simple cafes. However, here and there they cook food of excellent quality, and guests ask for supplements. Among the nearest restaurants to Troy Ancient City are: