The Vatican is the smallest state in the world consisting of just one city. It is located right in the center of the Italian capital, Rome, has its own laws, an army and even football team.

The Vatican keeps a lot of secrets and mysteries. Here you can easily talk in Latin and receive the blessing of the Pope. Here are the most stunning masterpieces of architecture and art, such as St. Peter’s Basilica, the Sistine Chapel, gardens and museums, and much more. Most citizens of the Vatican are ministers of the church, slightly less are representatives of the army. Secular residents in a city-state are not more than 60-70 people. Entrance to the city is guarded by guards and is allowed only to tourists or by special permission. In our guide we will tell you how to get to the Vatican and what to do inside.

İçerik gizle
1 How to get to Vatican?
2 Things to do in Vatican

How to get to Vatican?

The Vatican is surrounded by Rome from all sides, and to cross its border, it is enough to use one of the city means of transport: taxi, bus, metro, or even walk.

By bus No. 40 and 64 from the station Stazione Termini.

By metro, trains of the A line to Ottavio – San-Pietro station (to St. Peter’s Basilica) or Cipro (to the Vatican Museums).

On foot, from Piazza Venezia to Via Plebeschita, Corso Vittorio Emanuele and Via della Conchiglacione.

Keep in mind that at the entrance to the Vatican, tourists pass a standard security check: they go through the frame, bags are placed on the inspection tape. Tourists should remember that the Vatican is a Catholic state, which means that its visitors must observe the principles of piety in clothing. The Vatican dress code does not allow too explicit outfits, bare shoulders and legs above the knee. Otherwise, they will not let you in. 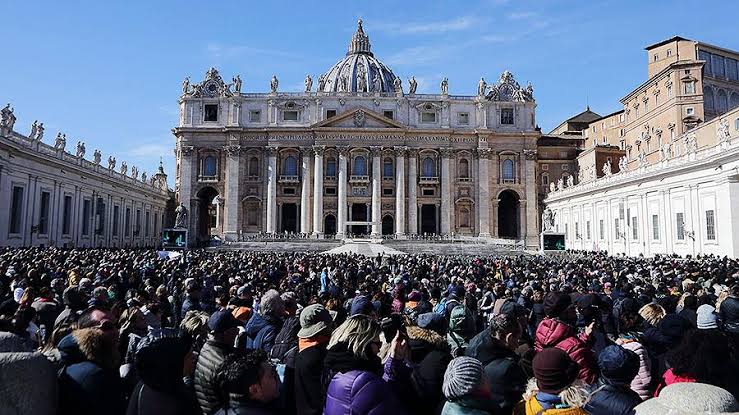 Things to do in Vatican

The Vatican has gathered most of the masterpieces of world architecture and art. Tourists come here not only to see the Pope with their own eyes, but also to touch the great culture in local cathedrals and museums. One of the best ways to not miss a thing is to join a tour organized by the local municipality. However, you can well explore the country yourself. Here’s what your route might look like: There are no entertainment venues in the Vatican. Restaurants, pizzerias, theaters, pubs are located outside the city-state, in the territory of Rome.