Zeugma Mosaic Museum, which is of great interest to both archaeologists and art historians, as well as tourists. And every year the interest only increases due to the scale and value of the artifacts found. The history of the museum, the discovery of mosaics and the ancient city of Zeugma is full of drama and a happy event. The history and ancient art of mosaics will amaze archaeologists, researchers and tourists from all over the world for a long time.

The Zeugma Mosaic Museum in Gaziantep has the largest collection of antique mosaics in the world. Prior to this, the largest collection was only in Tunisia. By the time the museum was opened, 2.5 thousand square meters were transferred to its collection. meters of mosaics, that is, a quarter of a hectare. At the same time, part of the mosaics exhibited directly in Zeugma. And given the fact that archaeological excavations in the ancient city are still ongoing, it is safe to say that the collection of mosaics will increase from year to year.

The ancient city of Zeugma was founded around 300 BC by order of one of the commanders of Alexander the Great – Seleuc Nicator. According to the tradition of those times, he gave his name to the city, Seleucia. Much later, the city was captured by the Romans and they renamed the city Zeugma. Later, the city was destroyed many times due to wars and earthquakes, until finally, in the 10th-12th centuries, the city was completely deserted and abandoned. Once, the Great Silk Road passed through the city, and the city flourished during the reign of the Roman Empire. It was then that unique mosaics were created that have become the property of the world community today.

It is worth adding that the excavations of the ancient city did not begin for a long time due to various bureaucratic and financial problems. This led to the fact that part of the mosaic was looted and lost. Archaeological excavations in Zeugma began in the 1970s and are still ongoing. The main part of the mosaics is kept in the Gaziantep Museum.

How to get to Zeugma Mosaic Museum?

Zeugma Mosaic Museum is located in the center of Gaziantep, Turkey. The closest airport to the museum is Gaziantep Airport. It serves only domestic flights. If you are traveling from abroad, choose flights with a transfer in Istanbul or Ankara.

From the airport to the museum you can get a taxi or rent a car. In the arrival terminal you will find car rental points. Travel time is no more than 20 minutes. 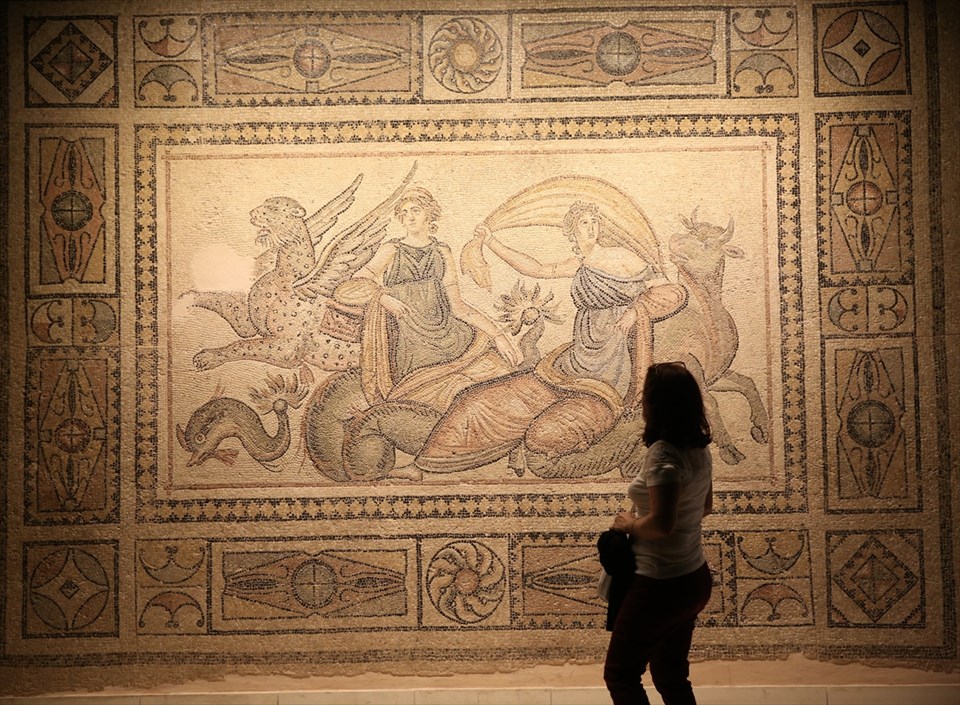 In the vicinity of the famous Zeugma Mosaic Museum is a lot of hotels. You can easily find the right hotel for your taste from luxury to budget. In addition to hotels, you can also stay in apartments, hostels and villas. So, the nearest hotels to the Mosaic Museum:

Since the Zeugma Mosaic Museum is located in the center of the city, it will not be difficult for you to find the nearest restaurant or cafe where you can relax and have a snack after visiting the museum. Among them: