Gazi Suleiman Pasha Mosque is located within the Goynuk district in the Turkish province of Bolu. It is one of the first and oldest mosques in the region. Over the entire period of its debt existence, the mosque has been repeatedly destroyed due to natural disasters. That is why the building was restored several times, while maintaining the basic details and style of the building. The architecture of the mosque, it’s interior and exterior is considered one of the most successful examples of Ottoman architecture.

The construction of the Gazi Suleiman Pasha mosque began in 1331, just 32 years after the founding of the Ottoman Empire. Four years later, the mosque was completely ready and opened its doors to visitors. Before the mosque was built, this place was the home of Gazi Suleiman Pasha himself. However, soon Pasha decided to move his house to another area, and in the vacated place ordered to build a mosque. In 1875, there was a severe flood in the region that destroyed many urban buildings. Among them was a mosque. In 1878, Sultan Abdulhamid the Second ordered the restoration of the mosque, preserving its unique Ottoman architecture.

How to get to Gazi Suleiman Pasha Mosque

To get to the Gazi Suleiman Pasha mosque, you first need to come to Bolu. In winter, these trips may not be very comfortable due to the large amount of snow. Therefore, if you have any opportunity, postpone your visit to spring, summer or autumn. From Bolu you need to go to the small town of Goynuk. You can do this on regular city minibuses and buses. Between the center of Bolu and the area is approximately 100 km, travel time can take a little more than an hour. When you reach Goynuk, you can easily find a mosque. It is located in the center of the town and is easy to see. There are no problems with hotels in Goynuk. Tourists visiting the mosque most often remain in the town, since there are more than an hour’s journey to Bolu. All hotels and reception are open around the clock, there are always free rooms. In summer, we recommend booking accommodation in advance at least 1-2 days before arrival, as many tourists come to Bolu. 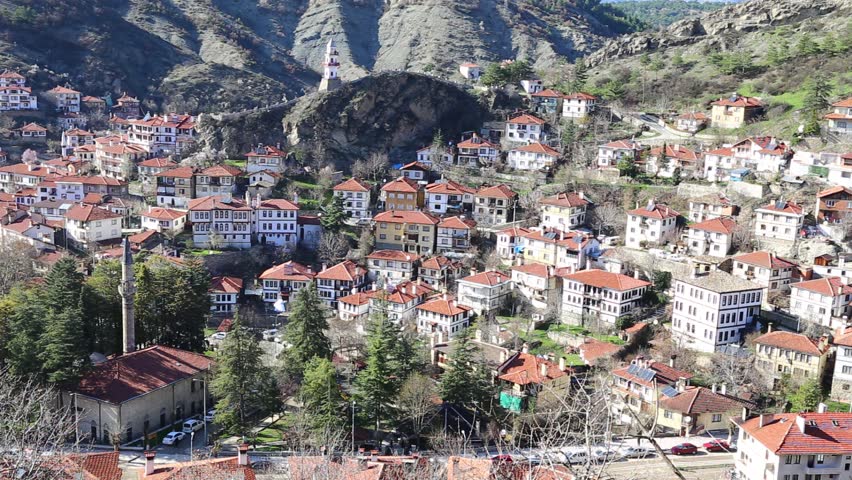