Among the huge number of interesting sights in Turkey, the Ulu Cami Mosque is particularly notable. The fact is that its architecture uniquely combines luxury and simplicity. This contrast surprises and fascinates those who first visit the mosque. The entrances to the mosque are richly decorated with stone carvings. The mosque has two domes and one prayer hall.

In addition to the mosque, this temple complex also includes a hospital. The entire complex is recognized as a world masterpiece of Islamic architecture and is included in the UNESCO World Heritage List. Ulu Cami Mosque is unique not only in terms of technical construction and decoration but also in structure. This is one of the few mosques that does not have a courtyard and fountains for washing. And thanks to the hospital, this complex becomes truly unique. And in 1985, the mosque was included in the UNESCO list.

In 2005, large-scale restoration work began on the territory of the complex, which will continue, according to established schedules, until 2020. At the time of the work entrance to the mosque is closed.

How to get to Ulu Сami Mosque?

Ulu Сami Mosque is located in the Turkish province of Sivas in the city of Divrigi. The nearest airport to the Ulu Cami Mosque is located in Sivas (Sivas Airport Nuri Demirag). It serves only domestic flights of Turkish airlines. Therefore, if you are traveling from abroad, you need to choose flights with transfers in Istanbul or Ankara.

Further from the airport you have several ways to get to Ulu Cami Mosque. 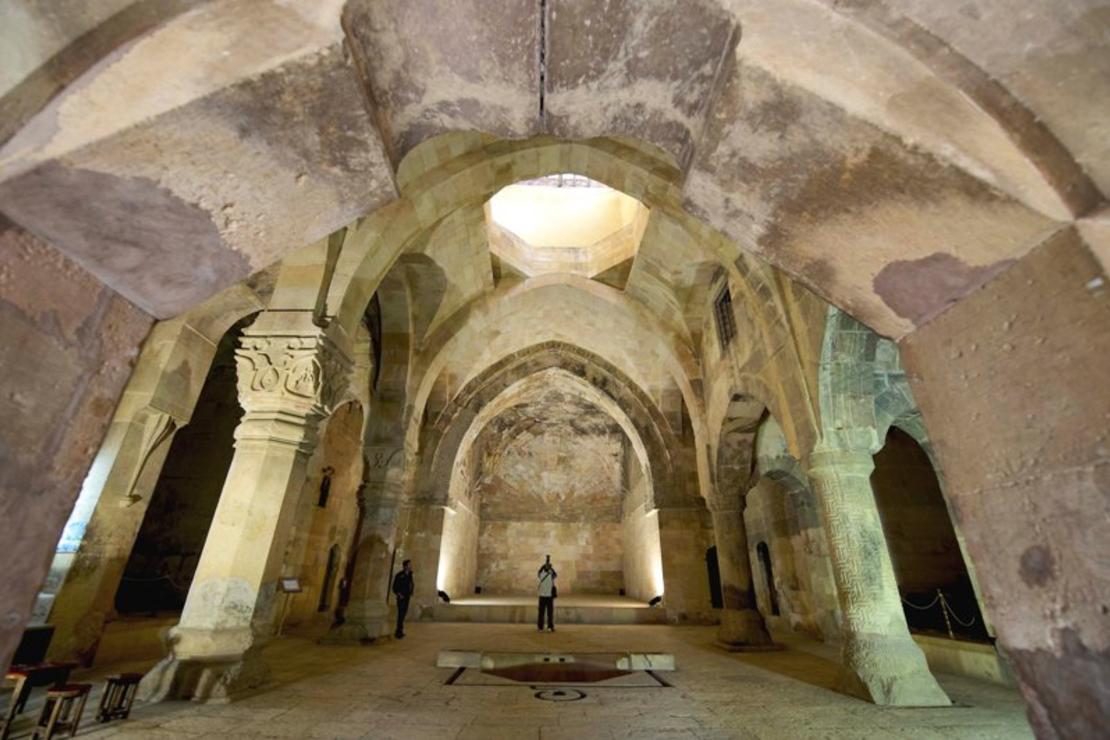 Firstly, it is a car rental and an independent journey along the D850 or D200 / E88 highways. Travel time takes about 2.5 hours.

In walking distance from the mosque there are three hotels at once where you can stay and rest. Among them: