Selimiye Mosque is a reference example of Islamic architecture of the 16th century. The mosque is located in Turkey in the city of Edirne. Once the capital of the Ottoman Empire was located here. And today the city is the most important economic and military-political center of the country. The great history of the great empire left traces in the appearance of the city, many of which are recognized by world masterpieces of architecture. One of these masterpieces is considered to be the Selimiye Mosque, which UNESCO included on the World Heritage List.

This beautiful mosque has a magnificent appearance with its 4 minarets with a length of 70 meters and a dome height of 31 meters. The mosque stands on top of a hill, so it seems from the outside that it is even higher than it actually is. Interestingly, the Selimiye Mosque became the benchmark by which the famous Blue Mosque in Istanbul was built.

History of the Selimiye Mosque

The site for the construction of a mosque on the top of a hill was not chosen by chance. This location allows you to see the same mosque well from anywhere in the city. 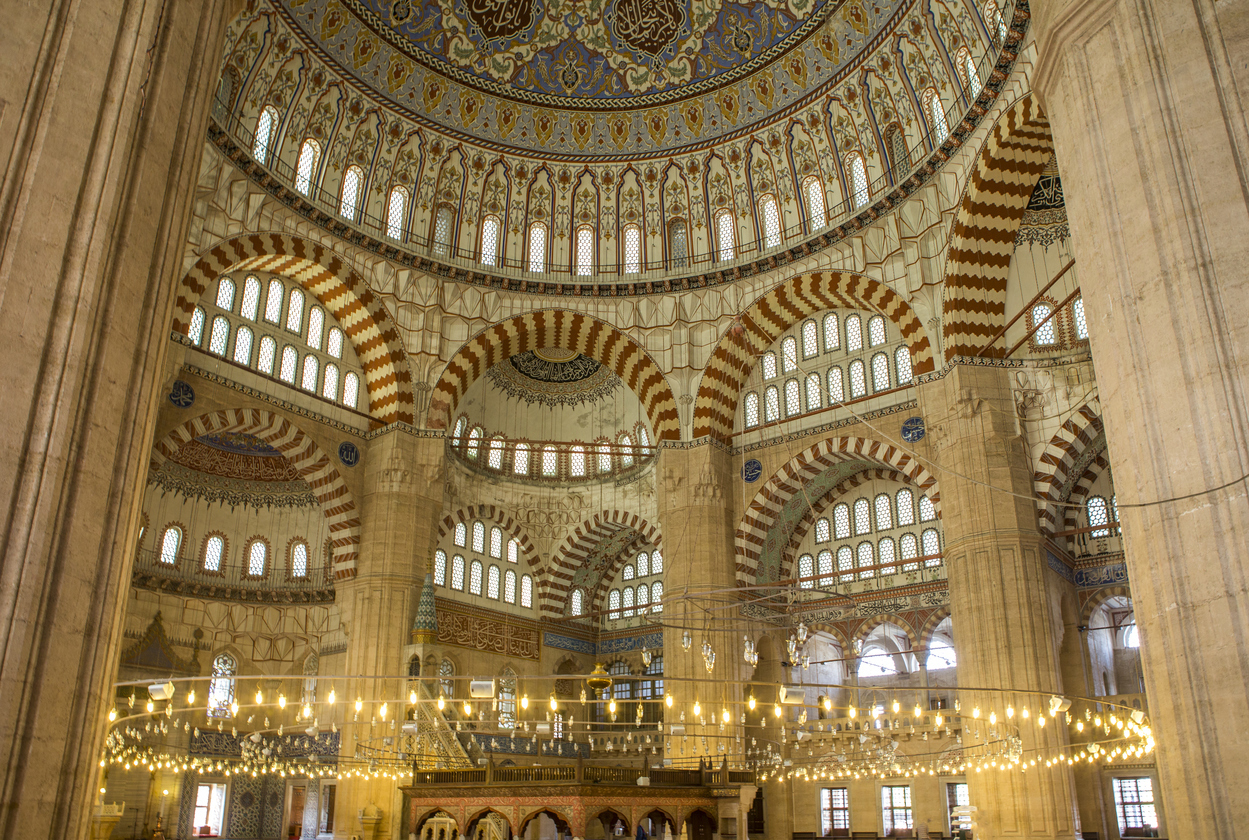 The mosque accommodates 6,000 people at a time. In addition to the prayer hall, the complex also includes the inner courtyard of the mosque, in the center of which there is a fountain. The space inside the mosque seems huge due to the central dome. There are 999 windows in the mosque, which according to the plan of Sinan symbolized the perfection of Allah. The dome and walls inside are decorated with calligraphy and geometric patterns in pink and blue colors. There is a small museum in the courtyard, the entrance to the mosque is free.

How to get to the Selimiye Mosque?

The Selimiye Mosque is located in Edirne. From Istanbul to Edirne a little more than 230 km, that is, about 2.5 hours by car or bus. Edirne does not have its own airport, so tourists who depart from abroad will need to choose a flight to Istanbul. From there you can get to Edirne by rented car (there are rental offices in the airport terminal) or by long-distance bus. From the Istanbul bus station (Otogar) every day every hour buses of different transport companies depart. Travel time to Edirne will take from 2.5 to 3 hours.

Another way to get to Edirne is by train. The train leaves Istanbul once a day. Edirne has a large selection of hotels that offer many services for tourists visiting the city. Nearby hotels to the Selimiye Mosque: Nearest restaurant to the Selimiye mosque

In addition to accommodation, during a visit to the mosque you will need somewhere to eat and relax. You can do this at any nearby restaurant. Among them: